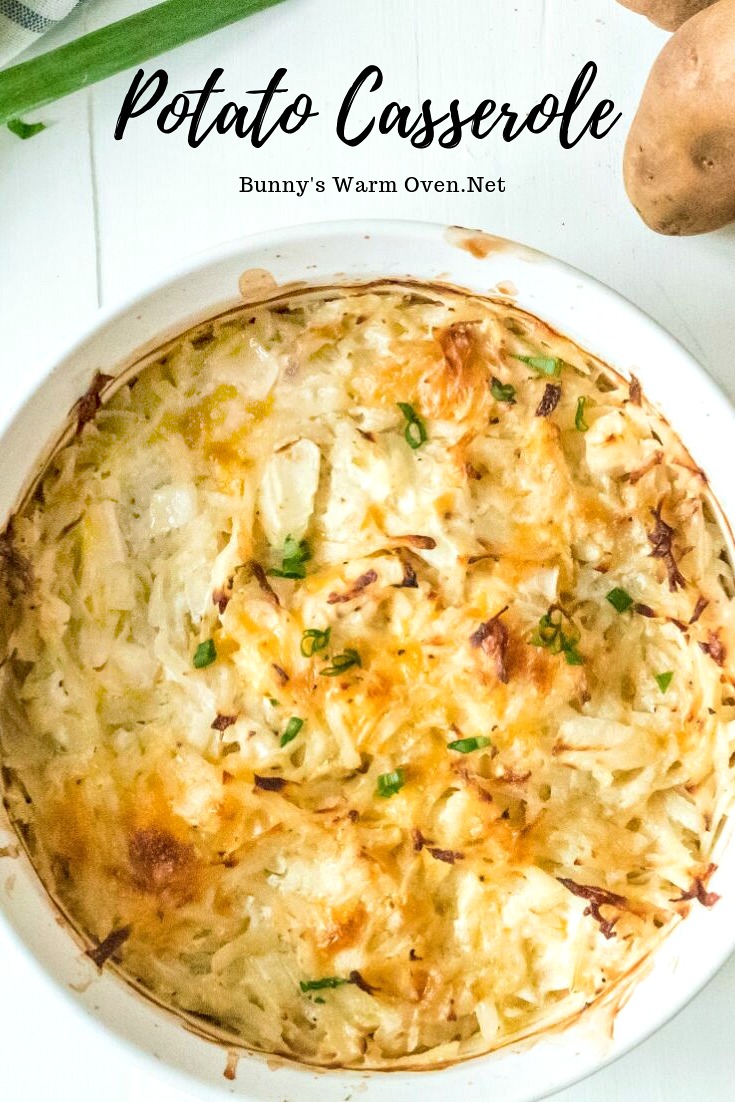 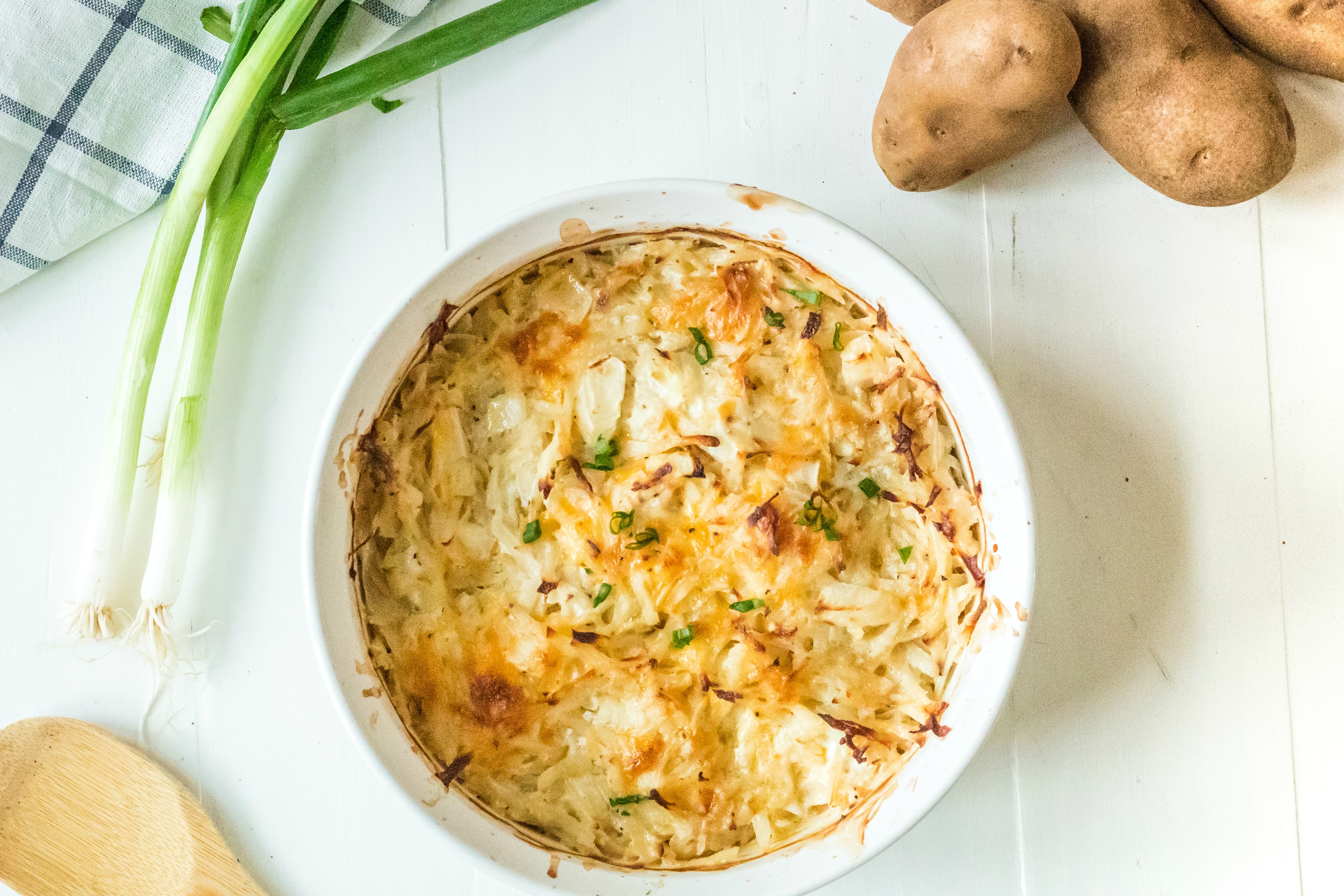 All it took was one spoonful of this delicious Potato Casserole to make my eyes light up!  Seriously, I’m standing in the kitchen looking at the casserole thinking, I’ll just taste it before I serve it.   As soon as the flavors hit my mouth the first thing I thought of was…this taste like a pierogi filling!  And it wasn’t just me who thought that!  My husband Paul is from Texas and has only ever had pierogies that I’ve made, he thought the same thing. He went on to eat what I served him for dinner, then after dinner he yelled up the steps and told me he was heating more Potato Casserole up in the microwave to eat.  He ate half the casserole himself.

Potato Casserole is made with real potatoes that are cooked, cooled and grated.  Now that might seem like a lot to do but it really isn’t. You can boil the potatoes earlier in the day, grate them and have them covered with plastic wrap and in the fridge ready to make later.  After that, it’s just a matter of grating the cheddar cheese (which can also be done ahead of time) and adding the diced onion, sour cream and salt. The texture of the potatoes is more mashed potatoes with texture than hash browns.  I know your thinking, why grate the potatoes? My husband and I agreed that we liked the texture.  We’re going to make Potato Casserole together so let’s gather the ingredients. 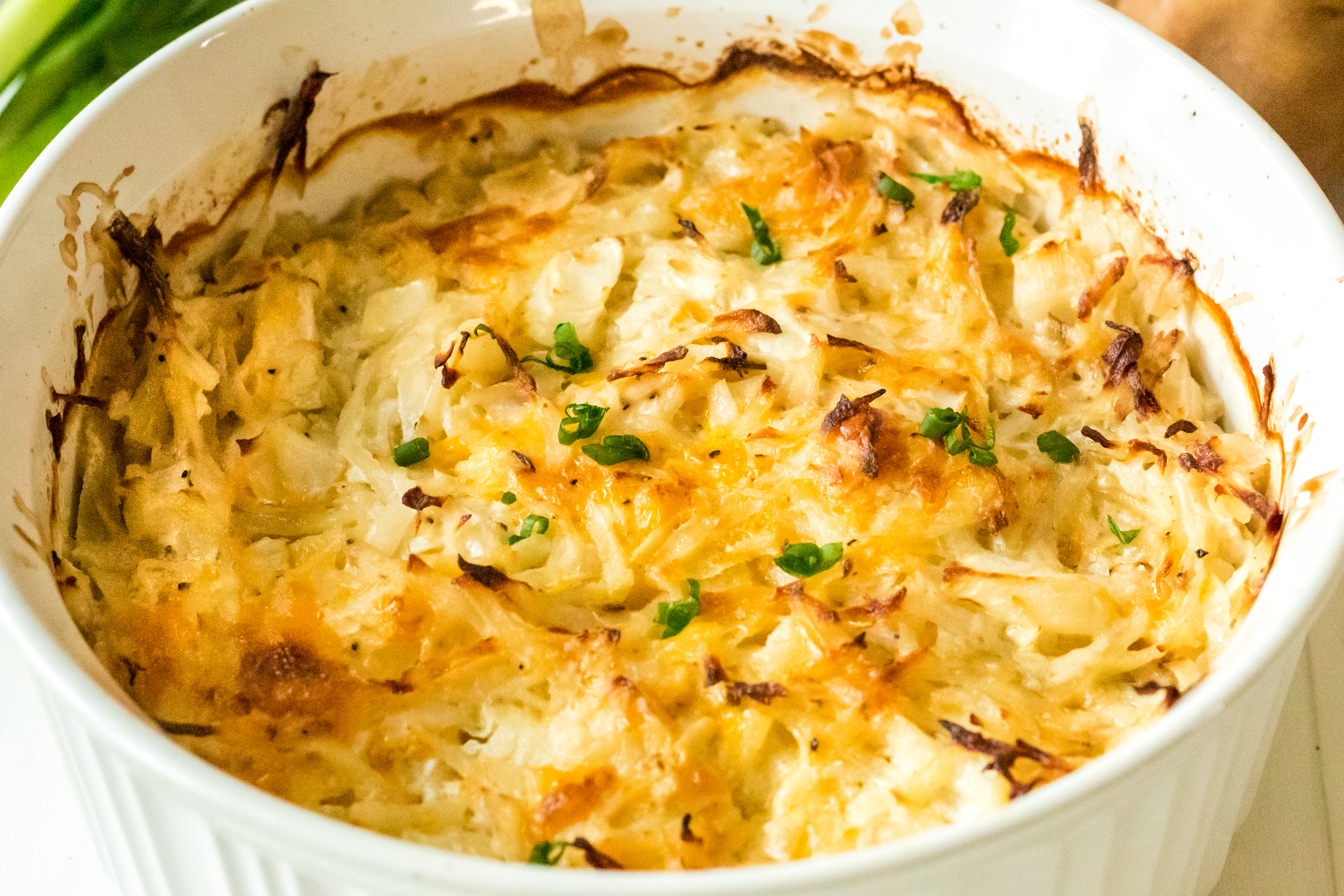 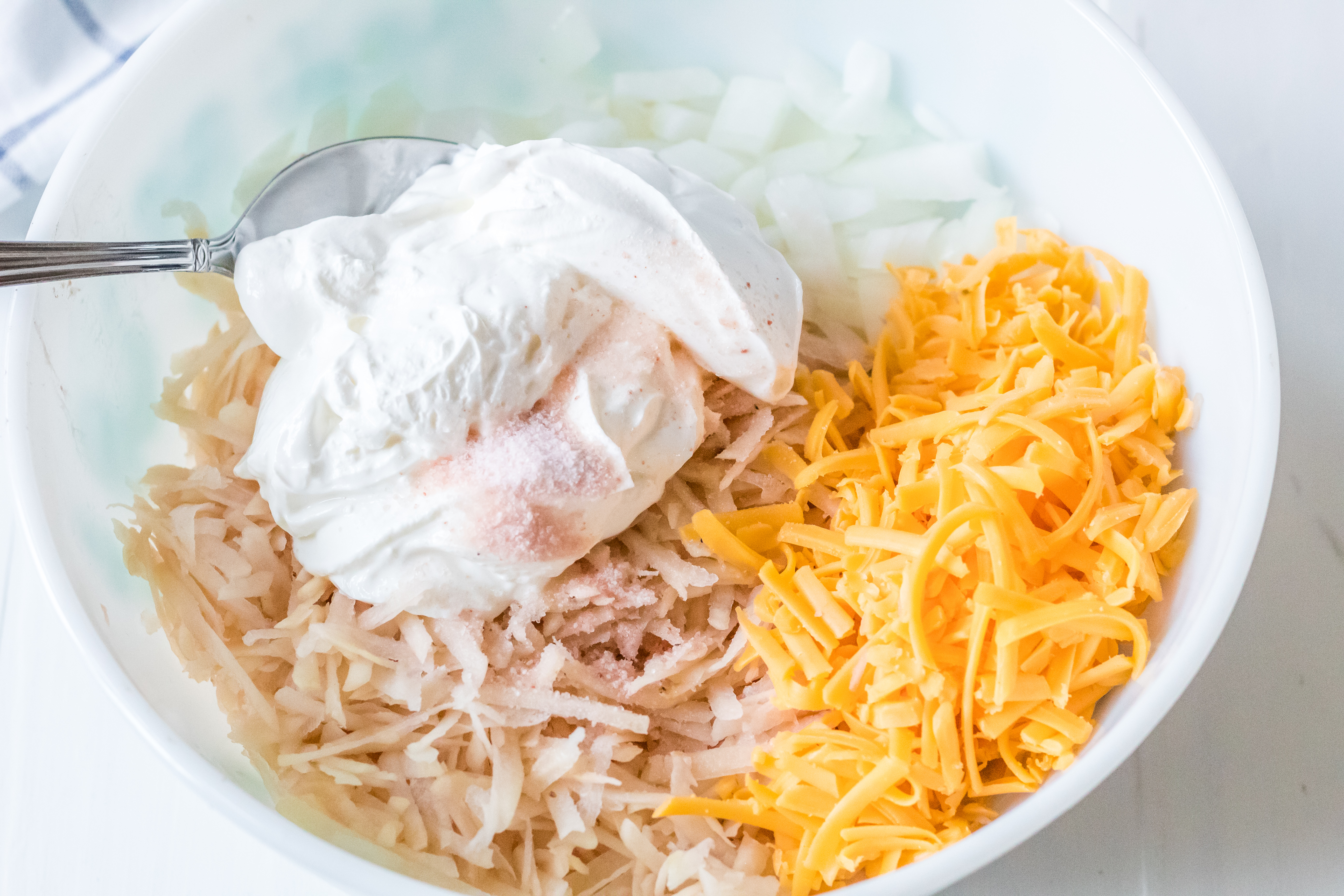 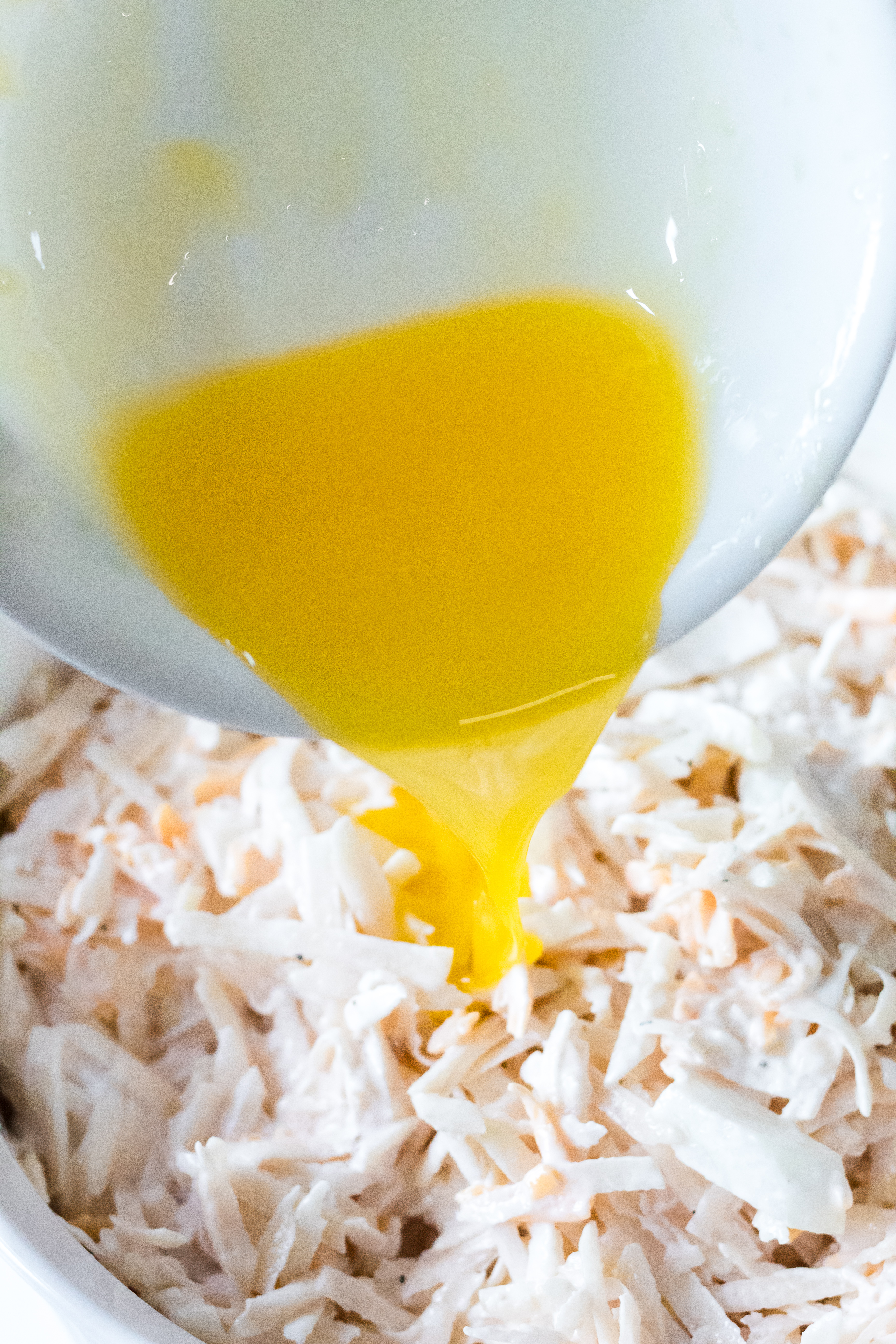 Pour the melted butter over the potatoes evenly. Place the casserole dish in your preheated 425 degree oven and bake for 35 – 40 minutes or until the top is slightly browned on top. Remove it from the oven and serve it immediately. 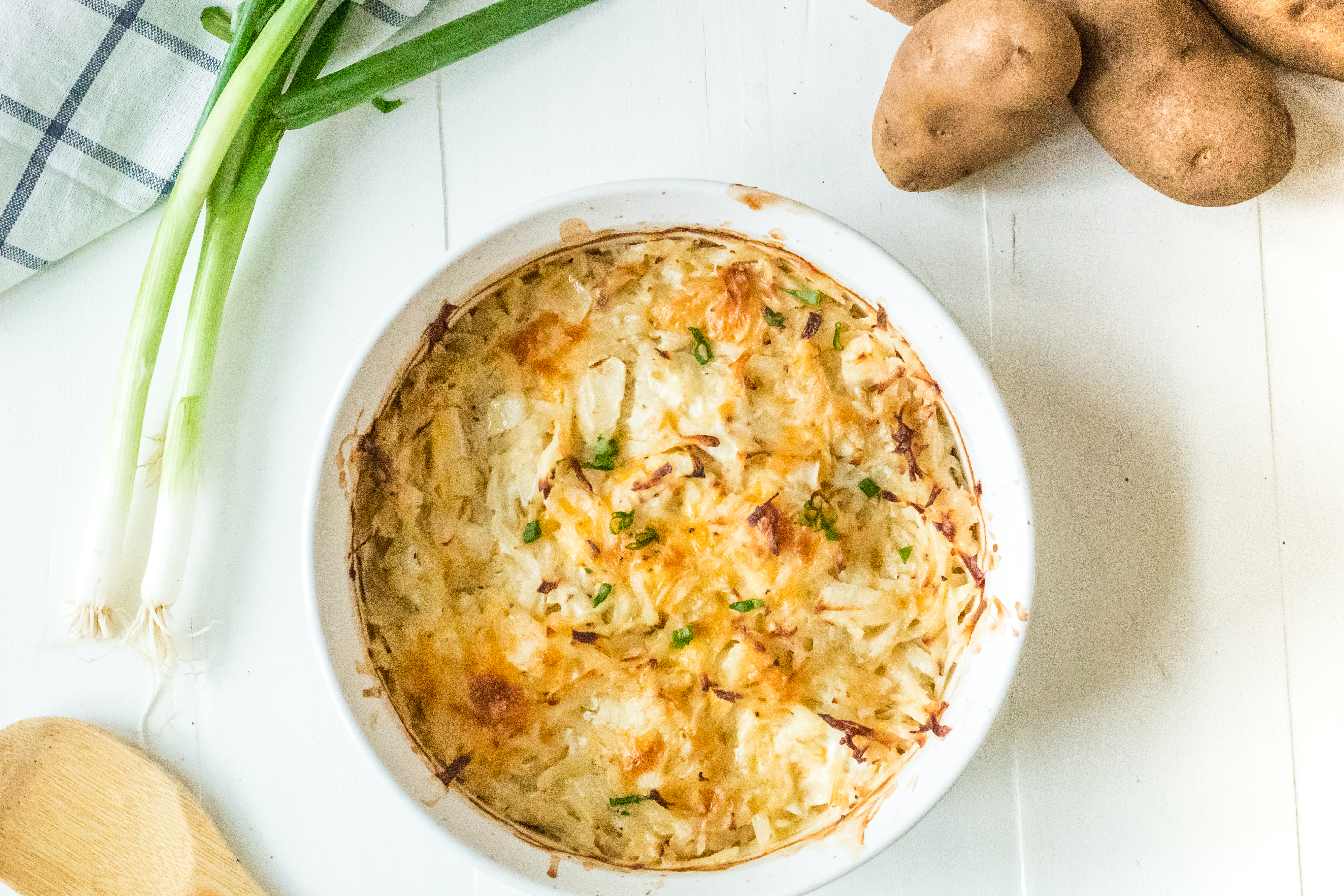 This delicious Potato Casserole is “What’s for dinner” and it’s delicious! 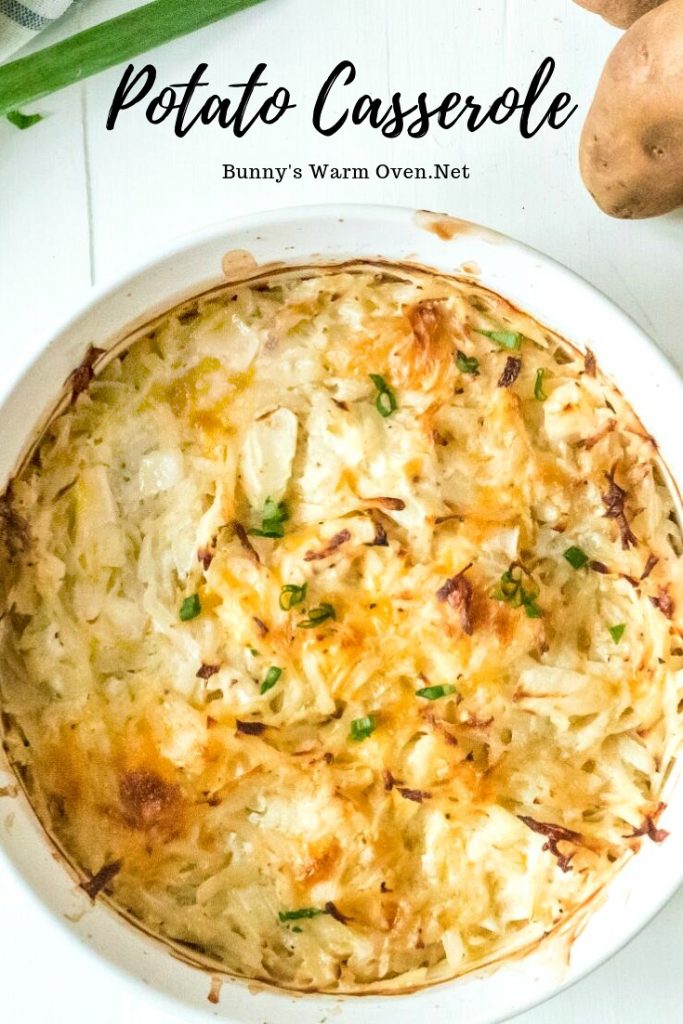 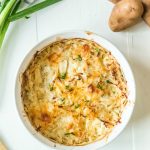 Try adding a can of drained sauerkraut and noodles and make like lasagna. To die for.
Sorry to hear about Sherry

Can you do this with russet potatoes?

Absolutely m”liss! It me know how it goes for you!