Cinnamon Pull Apart Loaf is one of those very easy recipes that gives you great results.  And don’t we love that! 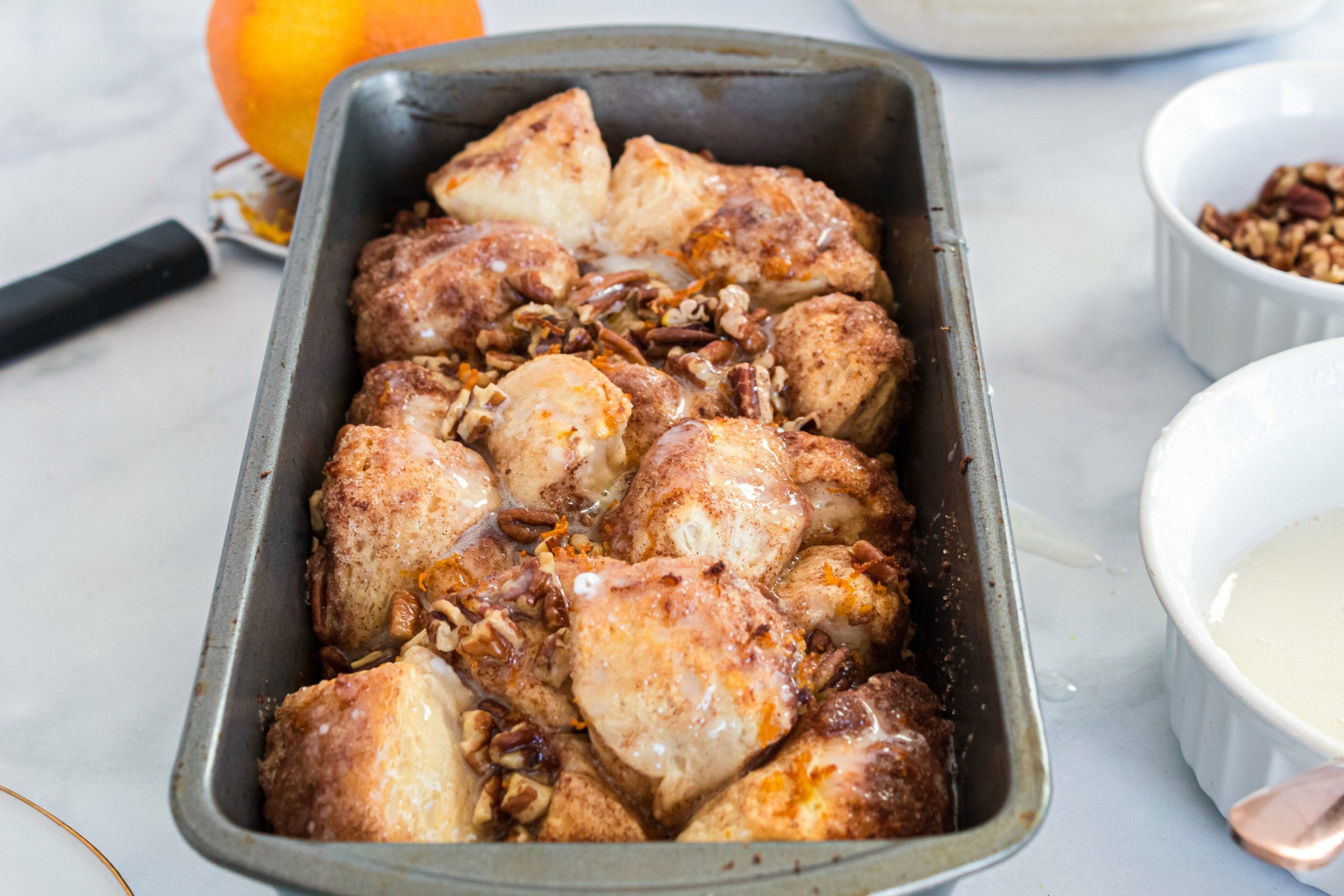 This is the first “pull apart loaf” I’ve ever made, thankfully it was made very easy by using a tube of refrigerated buttermilk biscuits.  All you need to make Cinnamon Pull Apart Loaf is an eight inch loaf pan, melted butter, a cinnamon/ sugar mixture and a tube of refrigerated  biscuits.  I decided to add grated orange zest and pecans to the loaf.  I topped it with a simple powdered sugar glaze. Let’s gather the ingredients and make this easy and delicious Cinnamon Pull Apart Loaf together. 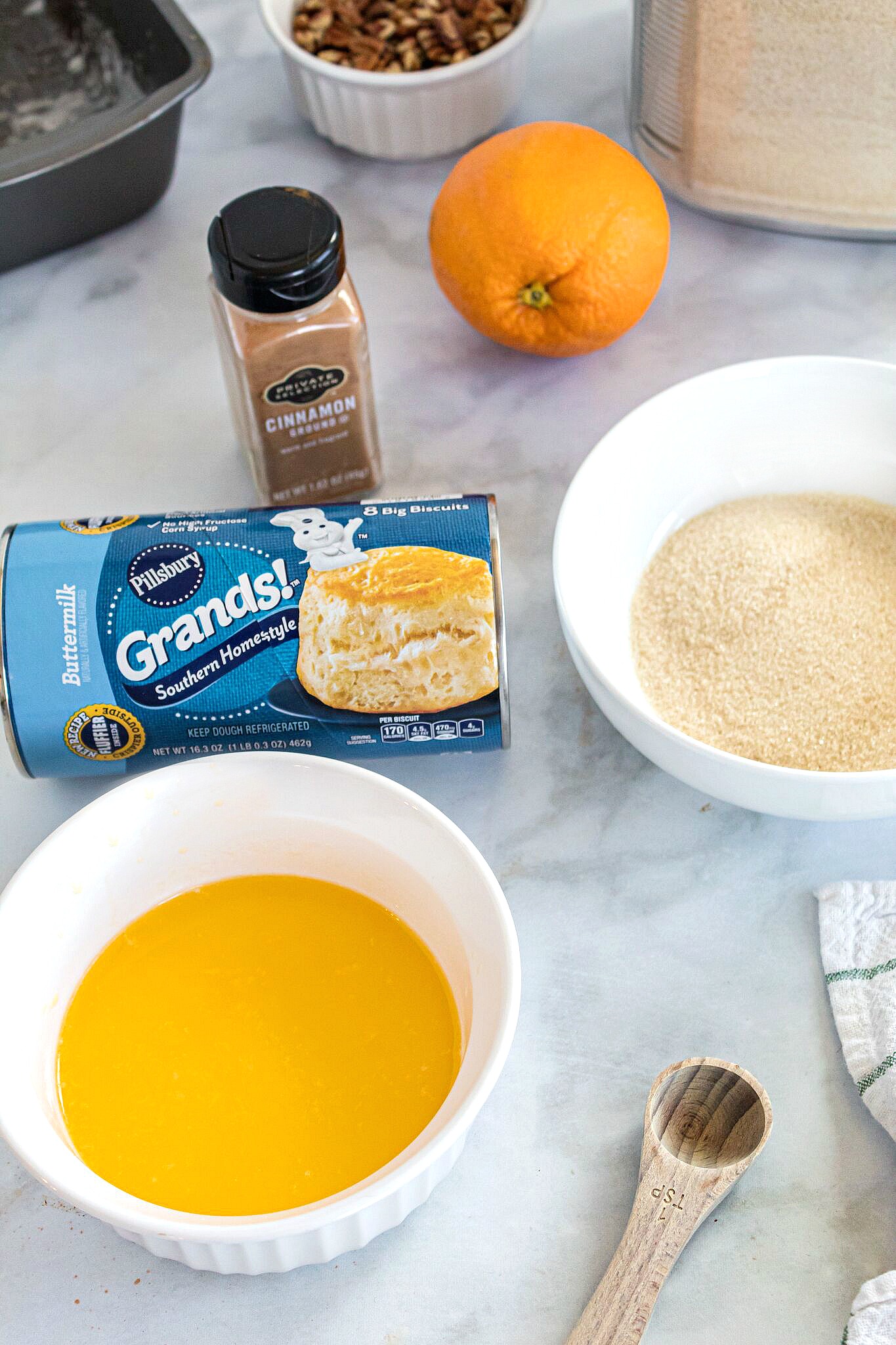 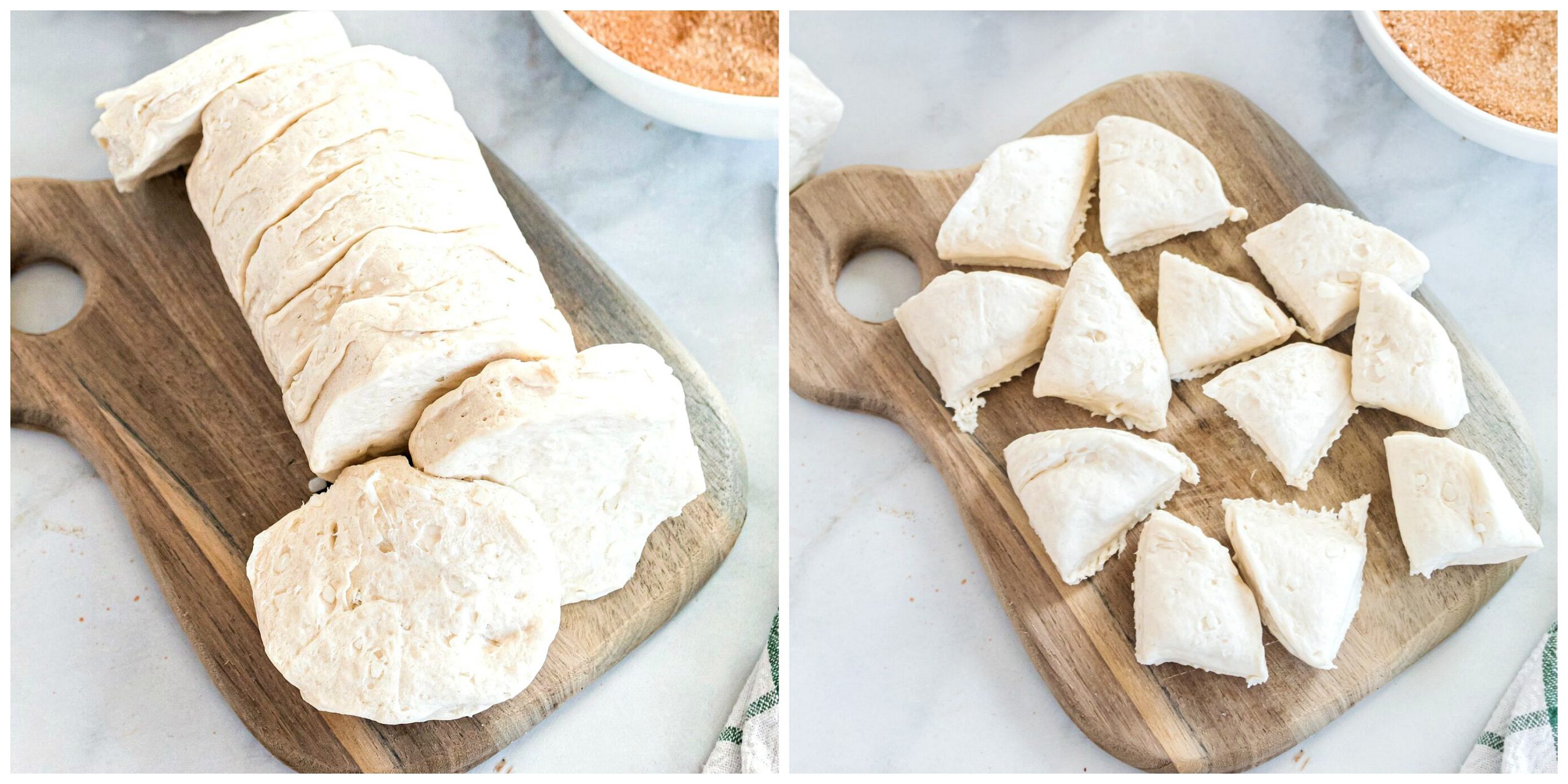 After opening the tube of biscuits, separate them into 8 individual biscuits.  Cut each biscuit into 6 pieces. 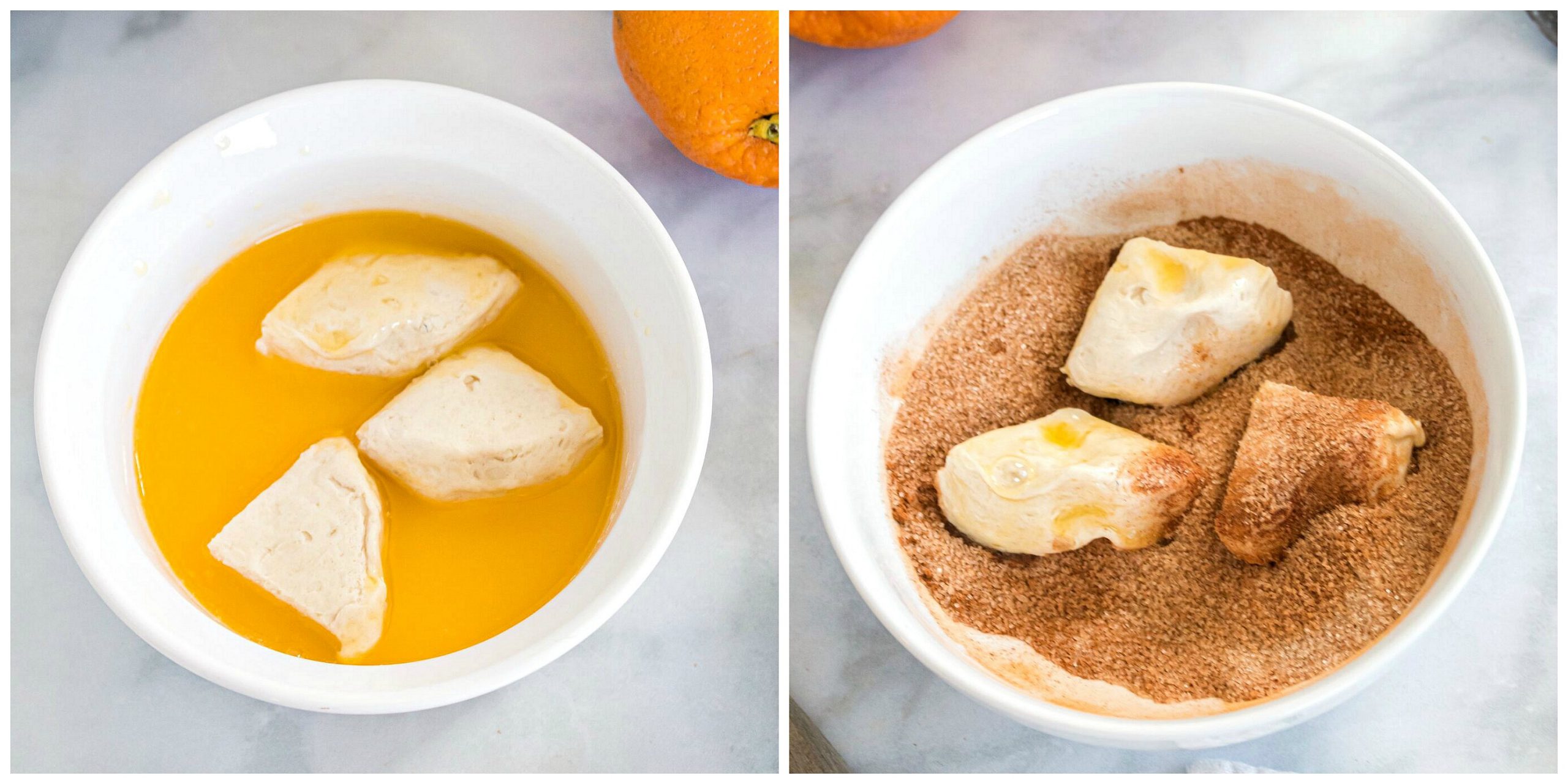 Dip each piece into the melted butter then roll the butter coated pieces in the cinnamon sugar mixture. 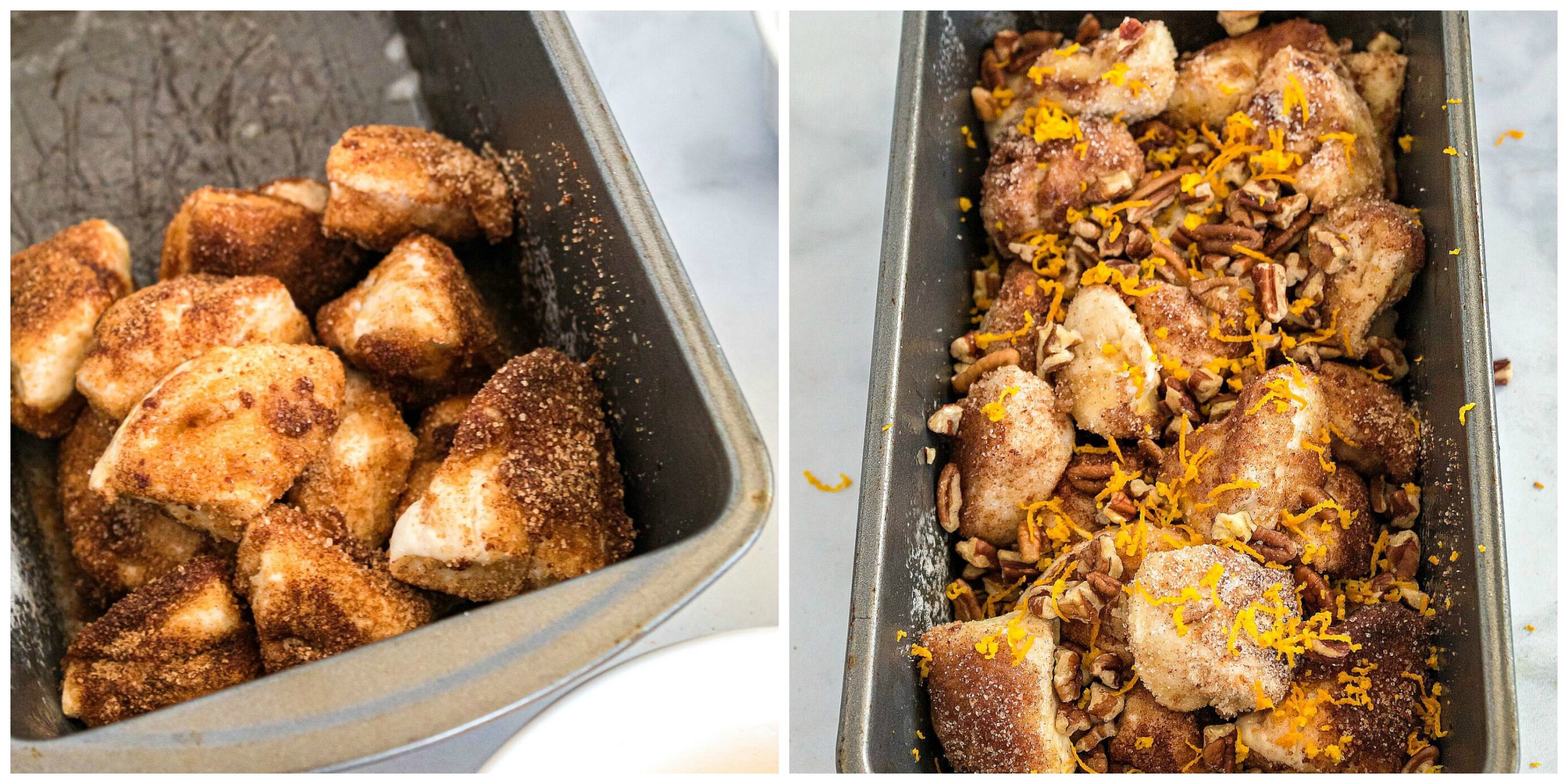 Arrange the coated pieces in a greased 8 inch loaf pan.  Please don’t use a dark pan to make the loaf, they always bake quicker because of the dark color which might make your biscuits cook sooner and burn.  I threw away all my dark pans a few years ago and only use aluminum now.  I sprinkled the zest and chopped pecans over the biscuits and baked them at 350 degrees for about 25 minutes. 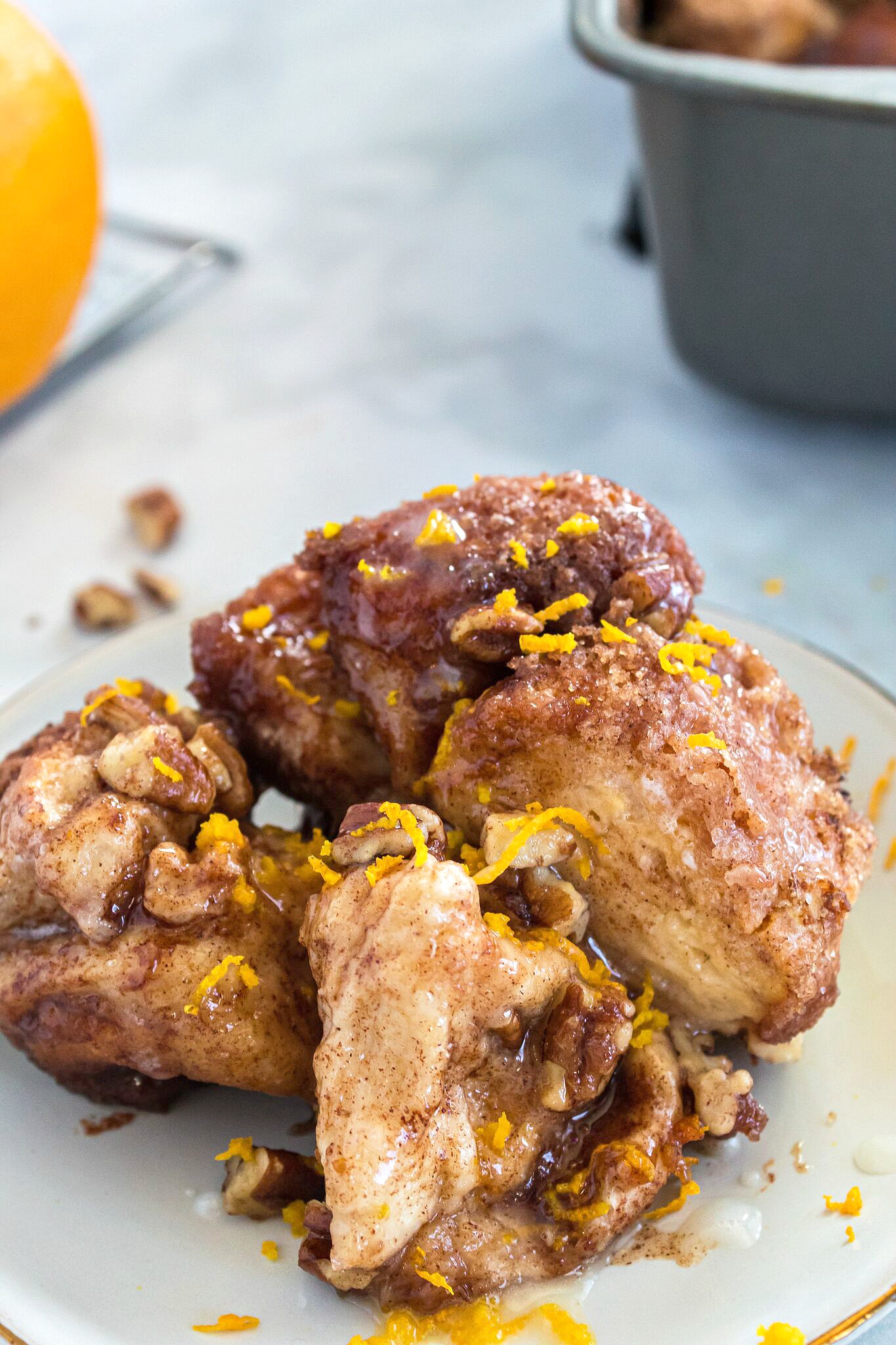 They looked so good after they were baked!  And I just love the aroma of cinnamon baking.  I let the biscuits cool a couple minutes then ran a knife around the edges to loosen them.  I flipped them onto a platter and drizzled the glaze over top. Warm biscuits with cinnamon/sugar, orange zest, pecans and a glaze…these were so easy and good, you’re going to love them,  Enjoy! 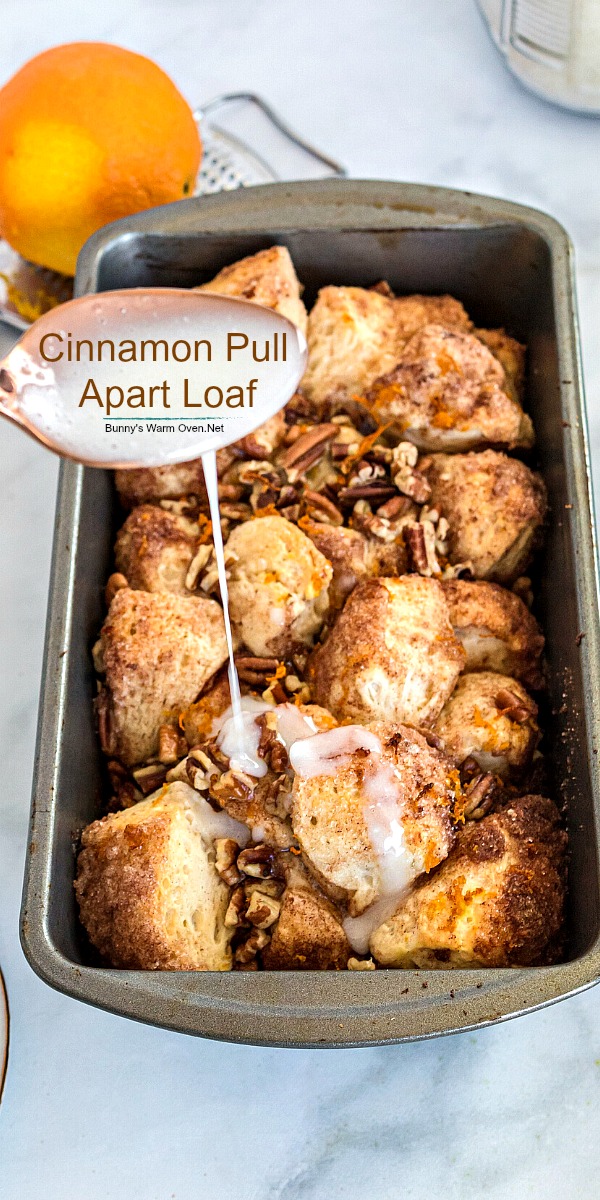 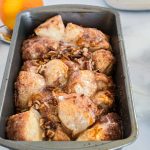 Oh, yum. And how easy and quick. Thanks for sharing.

Your welcome, thank you Debbie!

This looks great- can’t wait to try it- pinned for later. Found you on DIY Dreamer and started following on Pinterest.

Oh my gosh I swear I have these exact ingredients in my kitchen right now, time to start baking! Definitely pinning have a great day xo

Yum this looks so good! Thanks for sharing at Merry Monday!