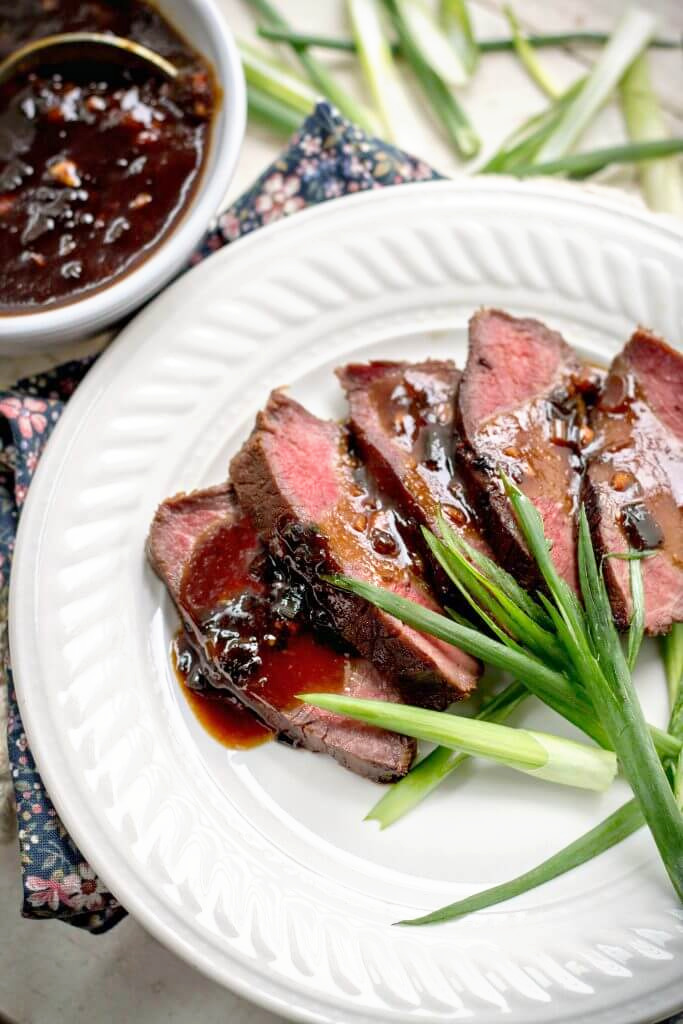 I remember hunting season in Pennsylvania when I was a teenager. My dad owned a cabin with a bunch of his friends. When hunting season came around my mom and the other wives would cook and bake for days in preparation for the first day of hunting and their husbands weekend stay at the cabin.

The funny thing about those weekend trips was, there wasn’t a whole lot of deer making it’s way back home. It turns out those weekends were more a guys weekend away than a hunting trip. It wasn’t until I married my husband Paul that I actually experienced venison the way it should be prepared and eaten.

So you may be thinking why venison? There are lots of reasons to eat it, here are just a couple of good for you reasons: 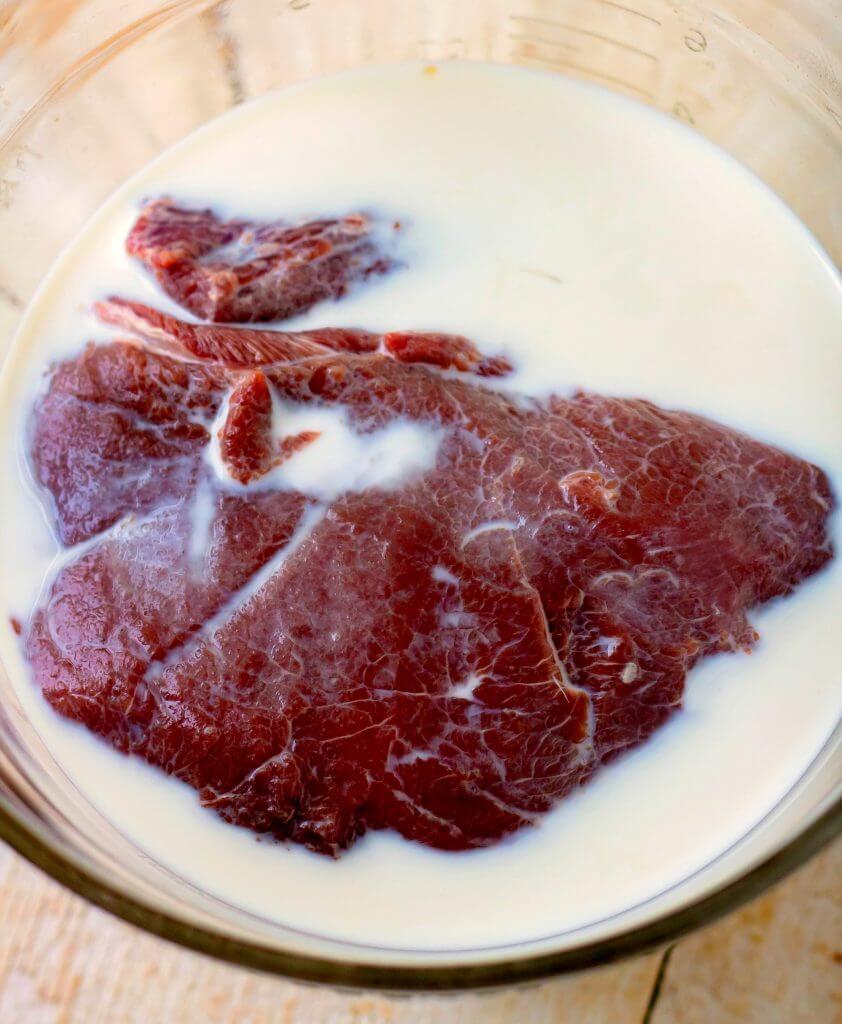 Venison backstrap is the equivalent of a beef tenderloin and if prepared and cooked correctly just as delicious.  To prepare venison for cooking this recipe, soak it in milk for 24 hours before cooking it. The milk takes the gamey taste out of venison. 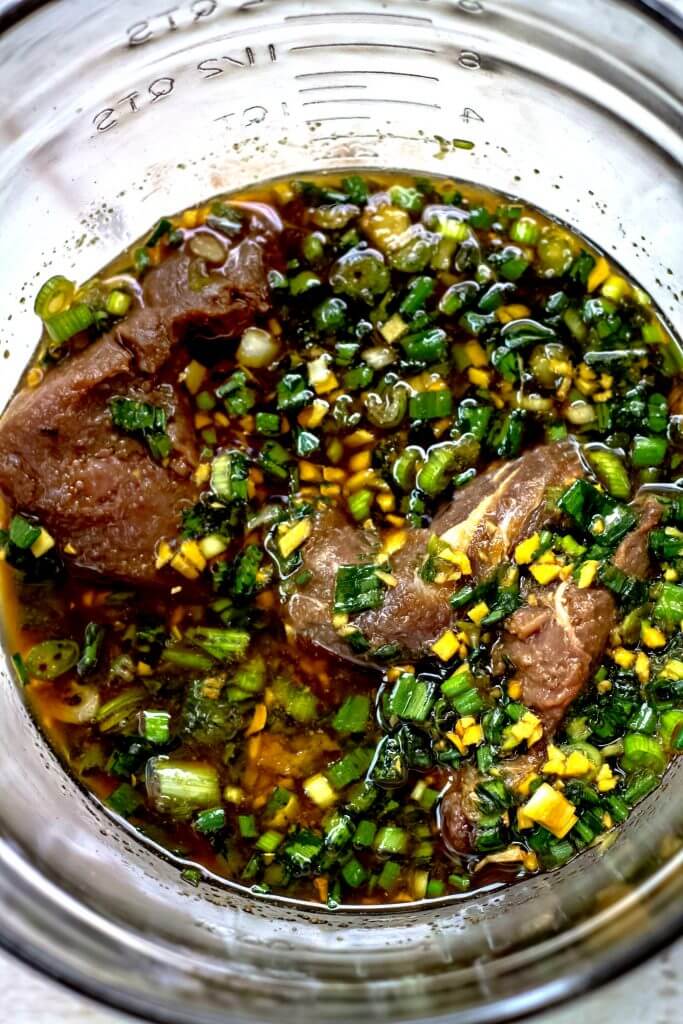 After the 24 hour milk soak is up, make the marinade and place the backstrap in the marinade for 8 hours.  You can cut the backstrap into slices or small chunks, whichever you prefer.  Place the venison on the grill or use a grill pan as we did and cook to your liking. The tenderness of the backstrap along with the delicious flavor of the marinade is out of this world! Korean Bulgogi Venison Marinade – Enjoy! 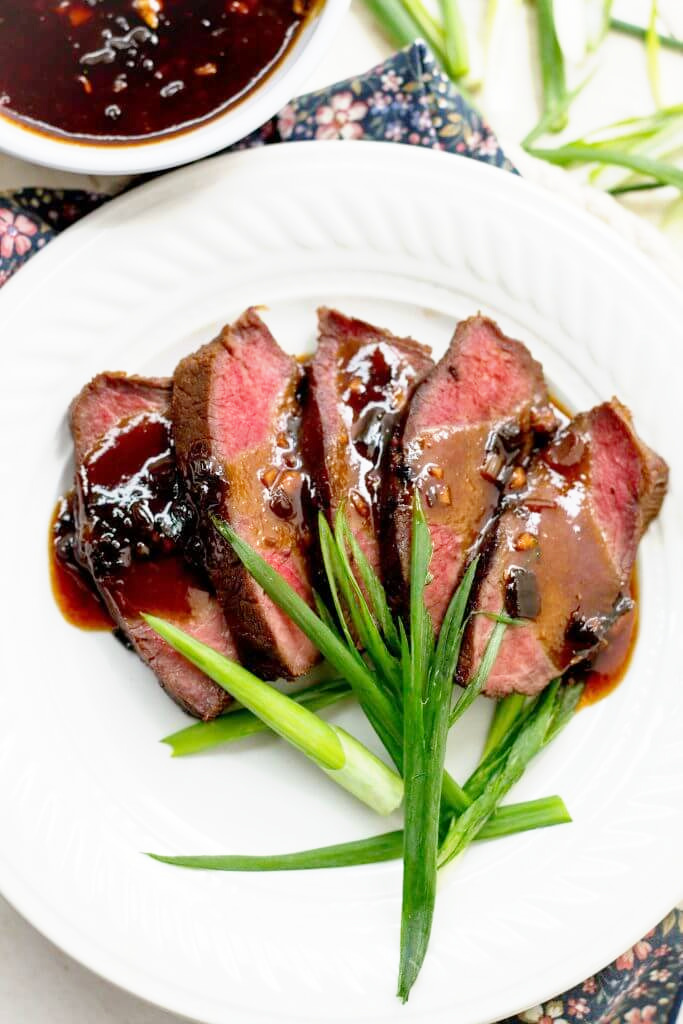 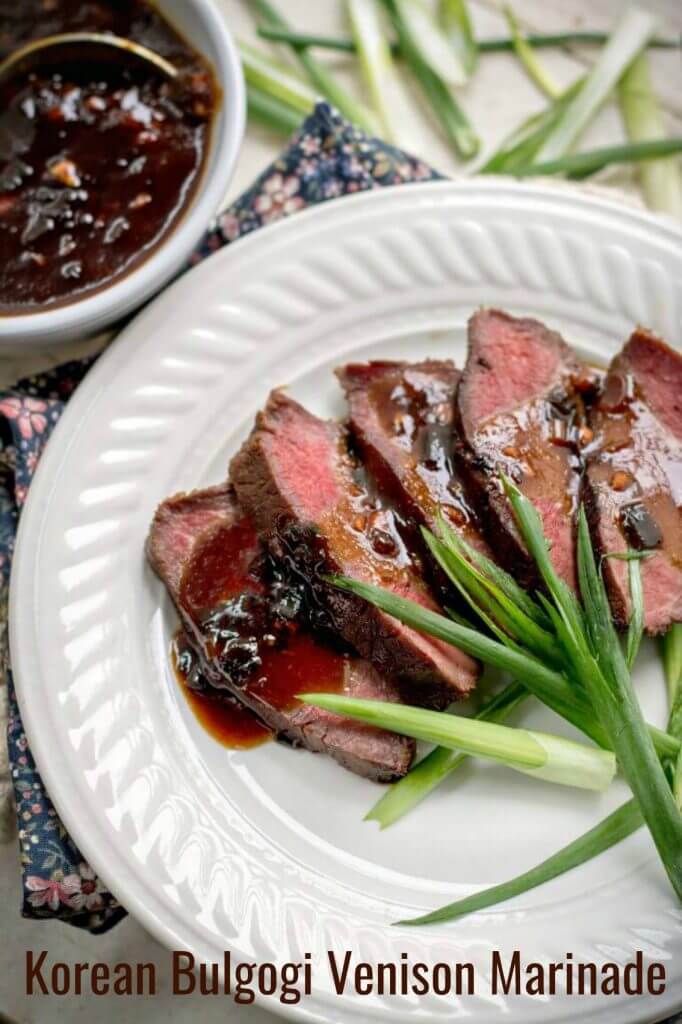 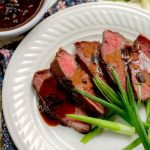 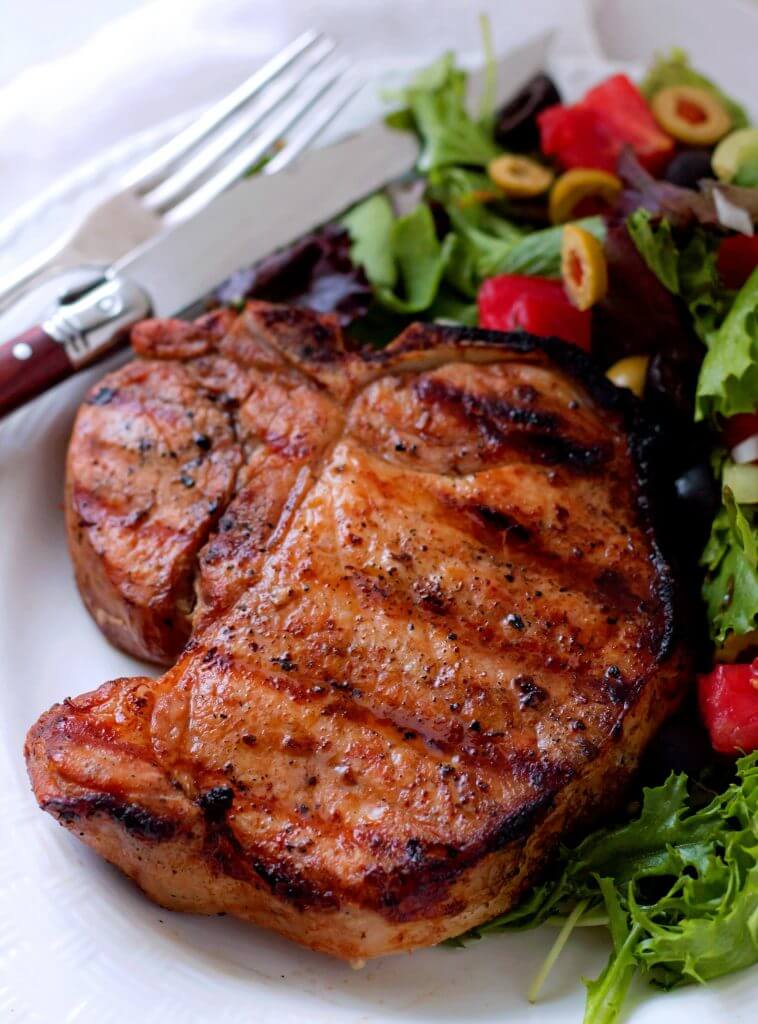 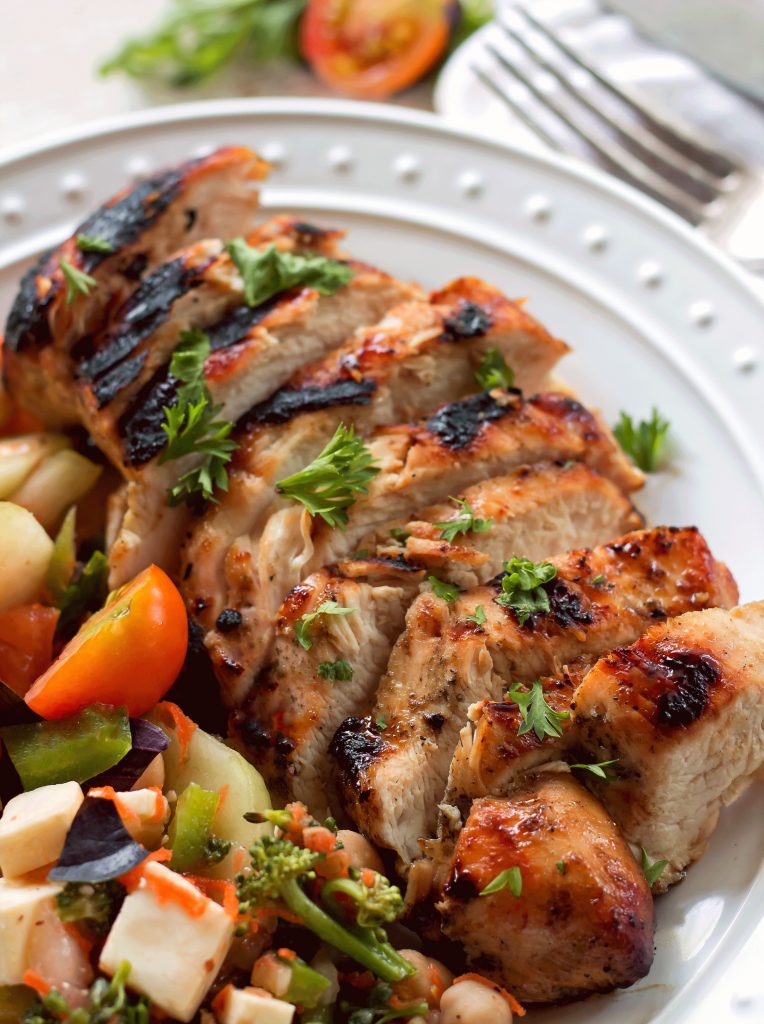 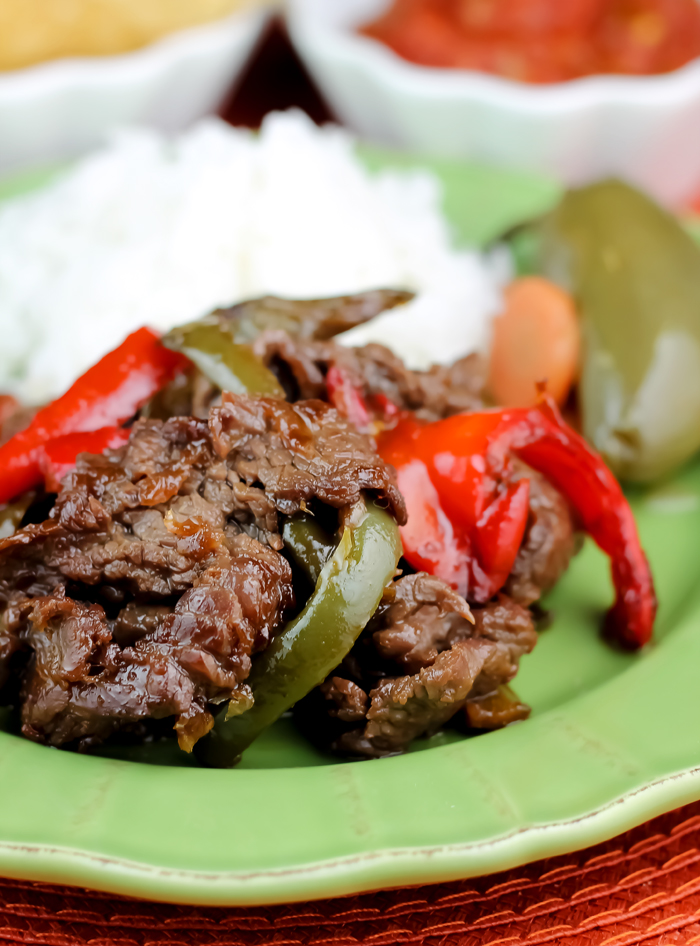 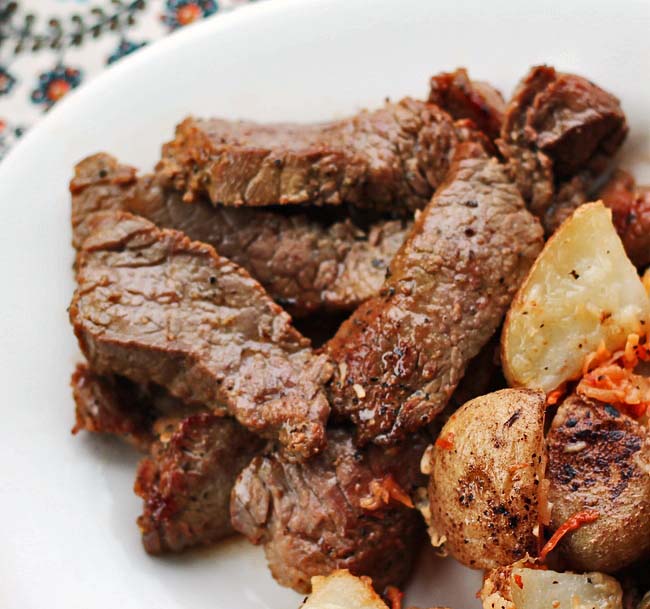 What great memories you have. I really took notice of this post because I have so little experience with venison. Nobody in my immediate circle hunts, so I have never had wild venison. The only venison I have ever eaten has been the commercial kind. I’m a little afraid to try hunted venison because I don’t know how I would react to the gaminess. I might actually love it since I love “gamey” meats like duck and lamb. I might not like it. You suggestion for soaking it in milk sounded like a great solution. The marinade sounds perfect as well. Thanks for sharing this. I will definitely have some ideas if I ever get my hands on some wild meat!

Great Rachael, and trust me venison in this marinade is wonderful, you’ll love it!

Made this for dinner tonight and the kids really liked it. I thought it was a little strong on the ginger though, so I would cut the ginger in half. I think next time I will also try it with fresh garlic,