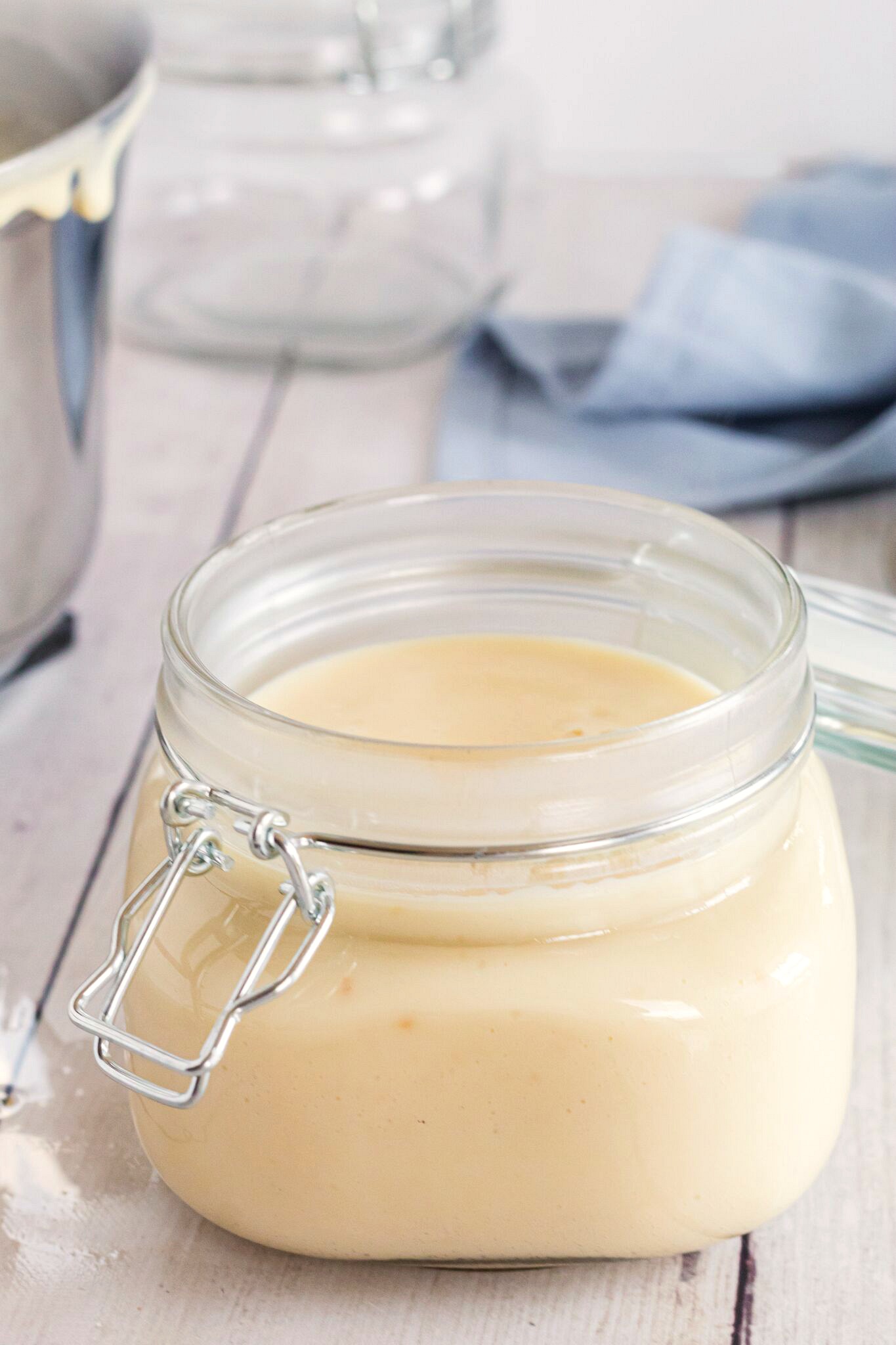 After 30 plus years of baking and making desserts from scratch I have accumulated good basic homemade recipes that I can build on in my recipe box.  Take cakes for instance. A good chocolate, white or yellow cake can be made with different frostings.  Adding nuts or pieces of candy on the frosting makes them slightly different every time you serve them.  The same applies to homemade puddings.  A good Homemade Vanilla Pudding can be eaten just so, or made into parfaits by adding fruit or nuts. 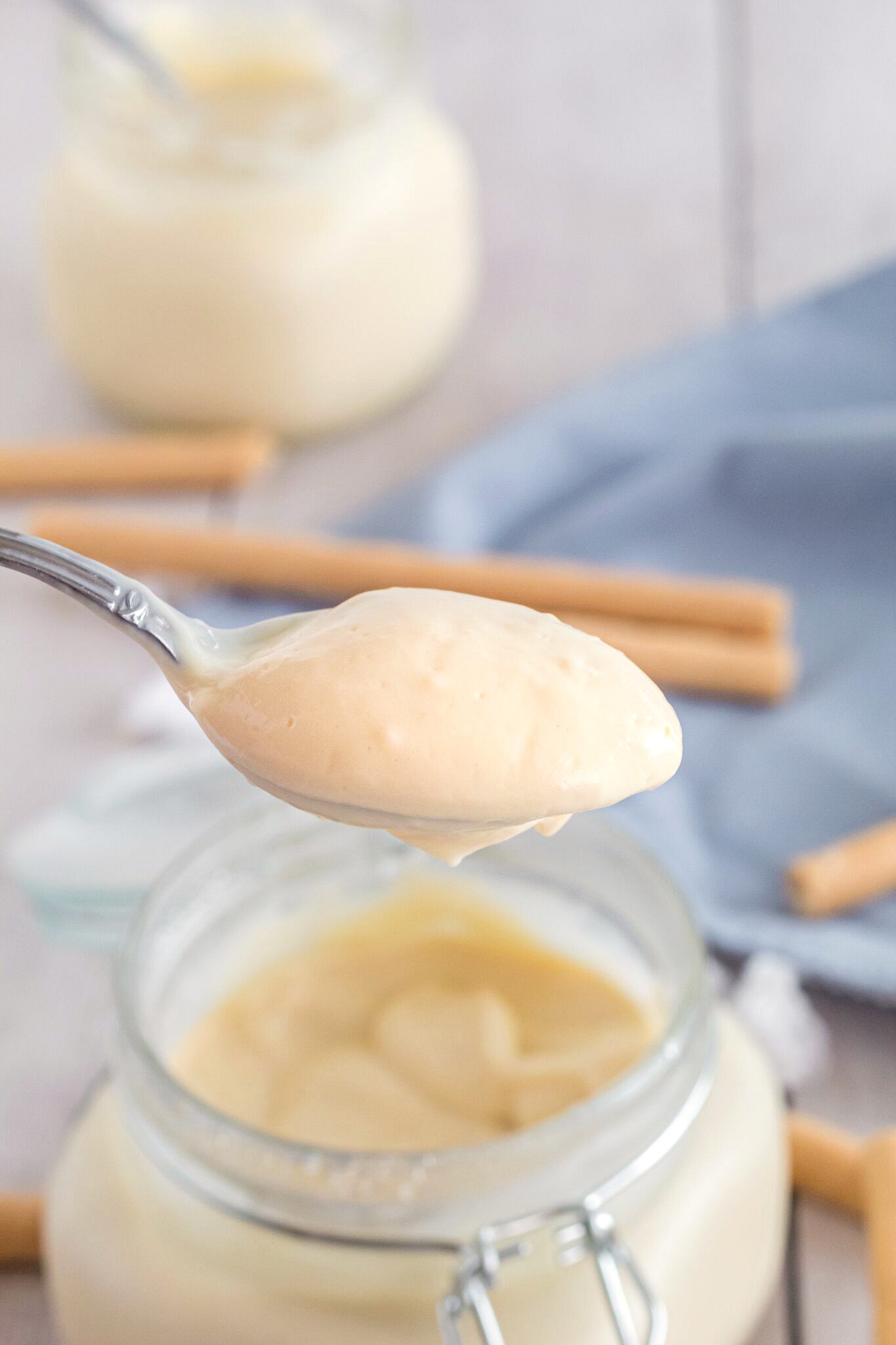 What Kitchen Items Do I Need To Make the Homemade Vanilla Pudding?

Surprisingly, you don’t need as many kitchen items as you think to make the homemade vanilla pudding.

You will need: a heavy duty metal sauce pan, a whisk, dessert bowls, and plastic wrap.

Feel free to click on any of the links below if you need to stock up, or check out my Amazon store page for more kitchen items that will be helpful in your kitchen!

How to Make the Homemade Vanilla Pudding

This luscious Homemade Vanilla Pudding is easy to make and delicious.   It’s made with Half and Half which gives it a smooth, creamy texture. I don’t normally keep Half and Half in the fridge.  Lucky for me I did have heavy cream, which allowed me to make my own Half and Half instead of running to the store to buy it.  To make your own Half and Half combine 3/4 cup whole milk with 1/4 cup heavy cream to make 1 cup of Half and half.  You’ll need 3 cups for the recipe.

When making Homemade Vanilla Pudding you will become familiar with “tempering eggs” into the pudding .  All that means is your going to add 1 cup of hot pudding into the slightly beaten egg yolks and gently stir the two together before returning the mixture back into the pan.  Why do we temper the eggs ?  We want to slowly bring the temperature of the egg yolks up with the hot pudding.  If you didn’t temper the yolks, you would have scrambled eggs in your pudding.

We’re going to make this delicious homemade pudding together so let’s gather the ingredients. 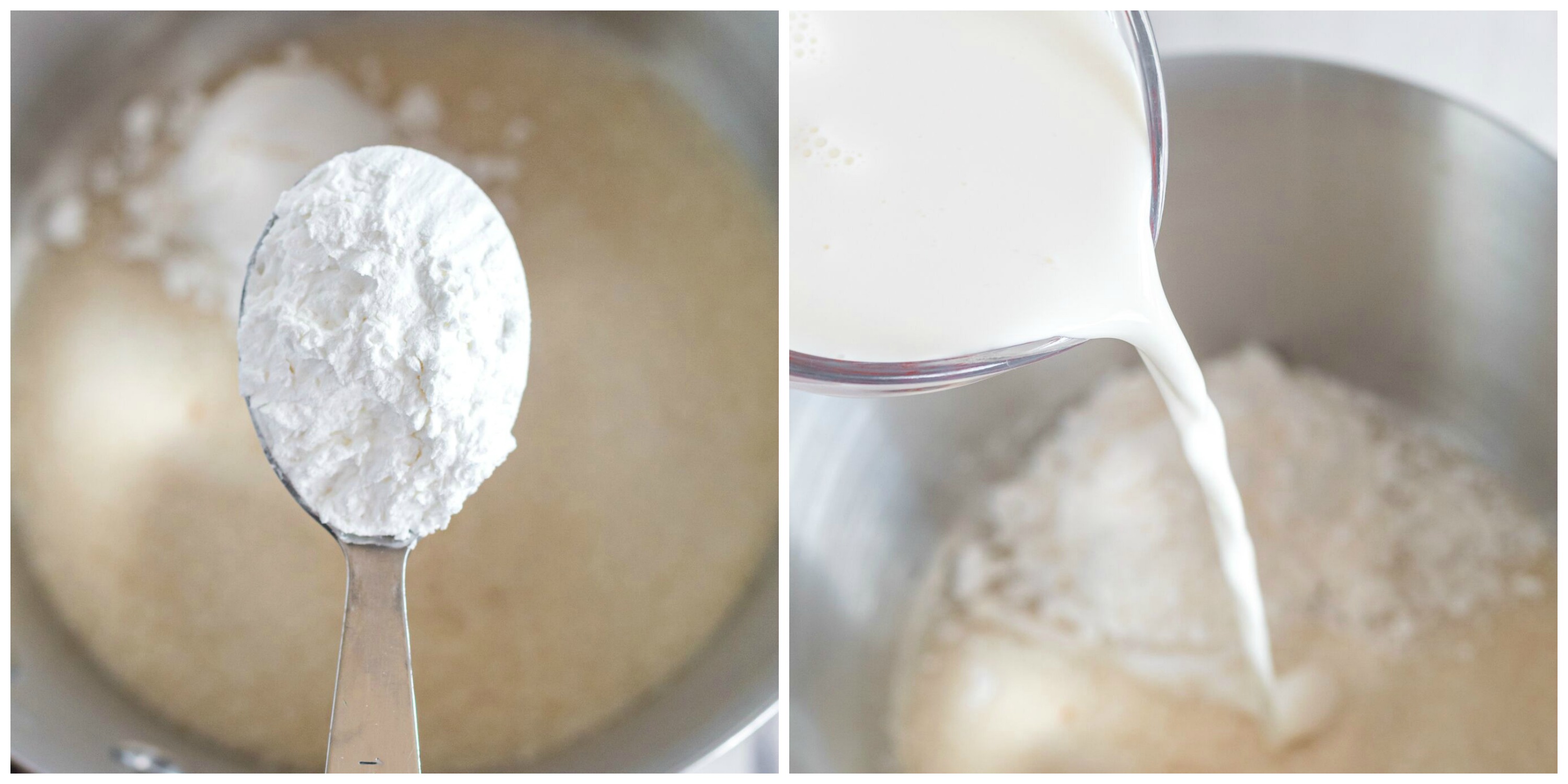 We start the recipe by combining the sugar and cornstarch in a heavy duty metal saucepan. Add the half and half to the pan and place it on the stove over medium heat.  Cook and gently whisk the mixture until it thickens and boils. After it boils, whisk slowly and boil for 2 more minutes. Remove the pan from the heat. 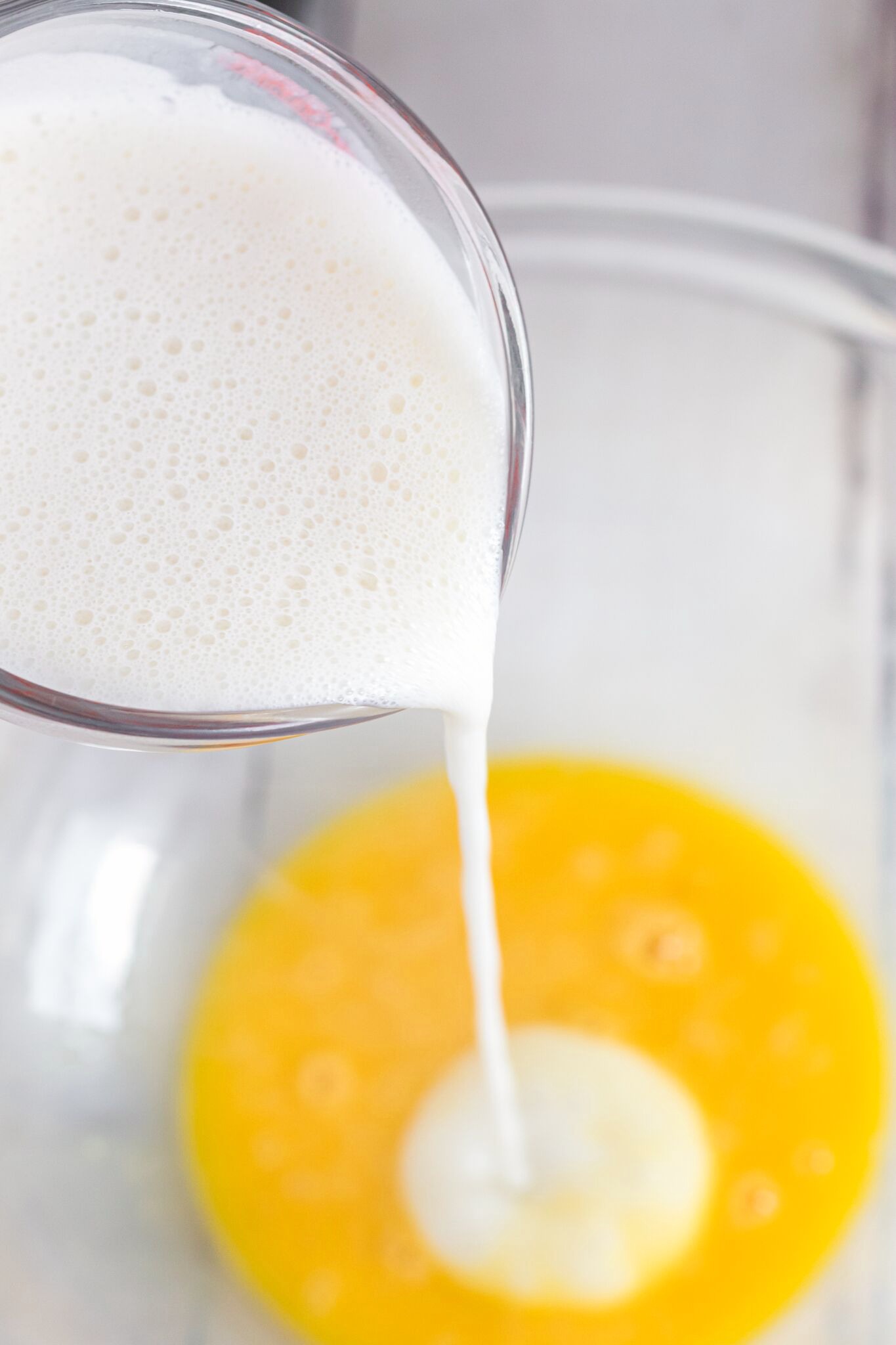 Next we’re going to “temper the egg yolks” Remove one cup of the hot half and half mixture from the pan. Slowly add it to the beaten egg yolks while you slowly mix with a fork to fully combine them. 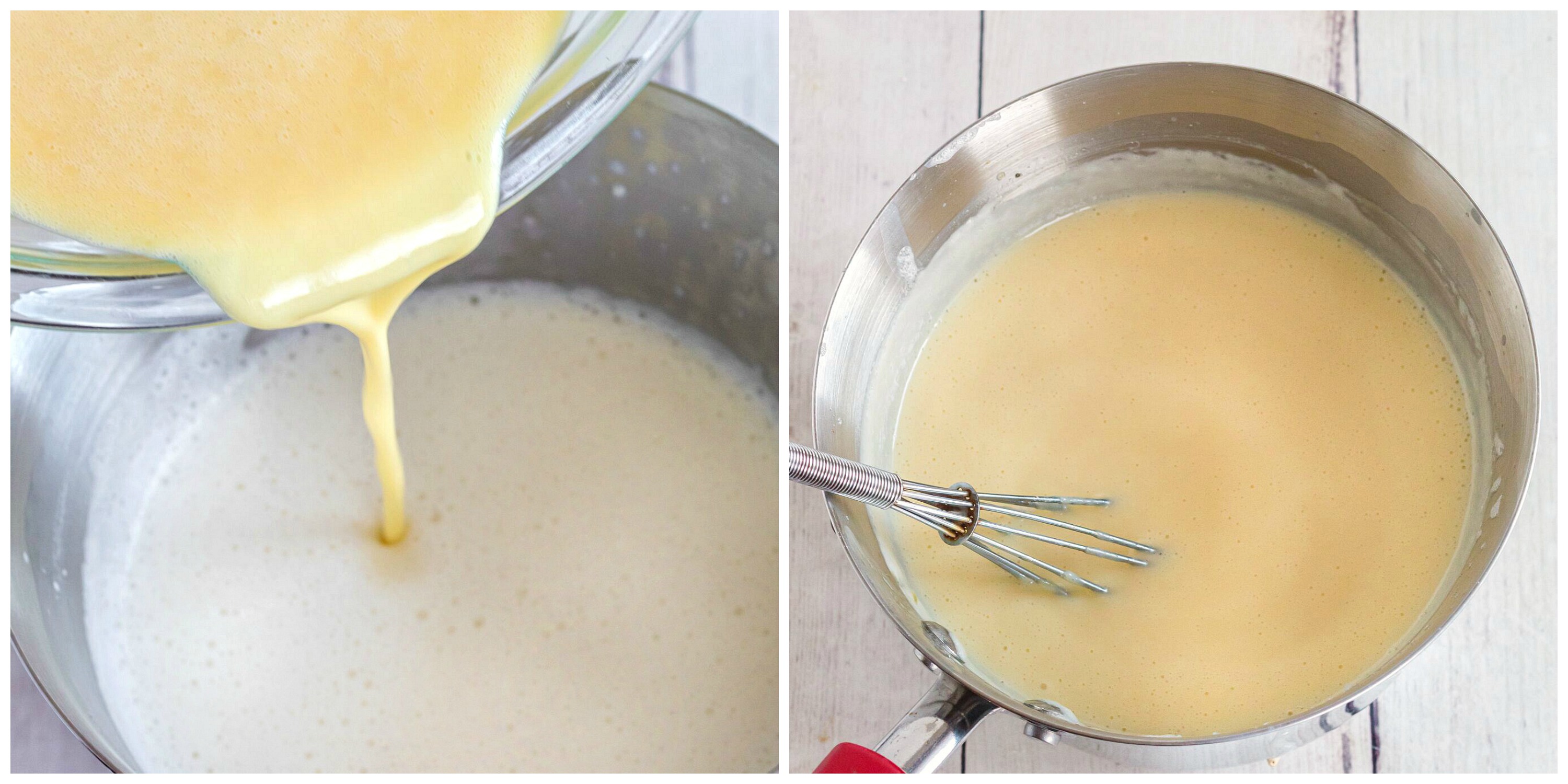 Take the half and half and egg yolk mixture and slowly whisk it back into the remaining ingredients in the pan.  Don’t just pour it  back into the pan, it needs to be added back into the pan slowly while you whisk. Cook the mixture over medium heat bringing the ingredients up to a gentle boil while you whisk.   After the mixture boils, reduce the heat and whisk slowly and boil for an additional 2 minutes more. Remove the pan from the heat and stir in the butter, salt and vanilla. 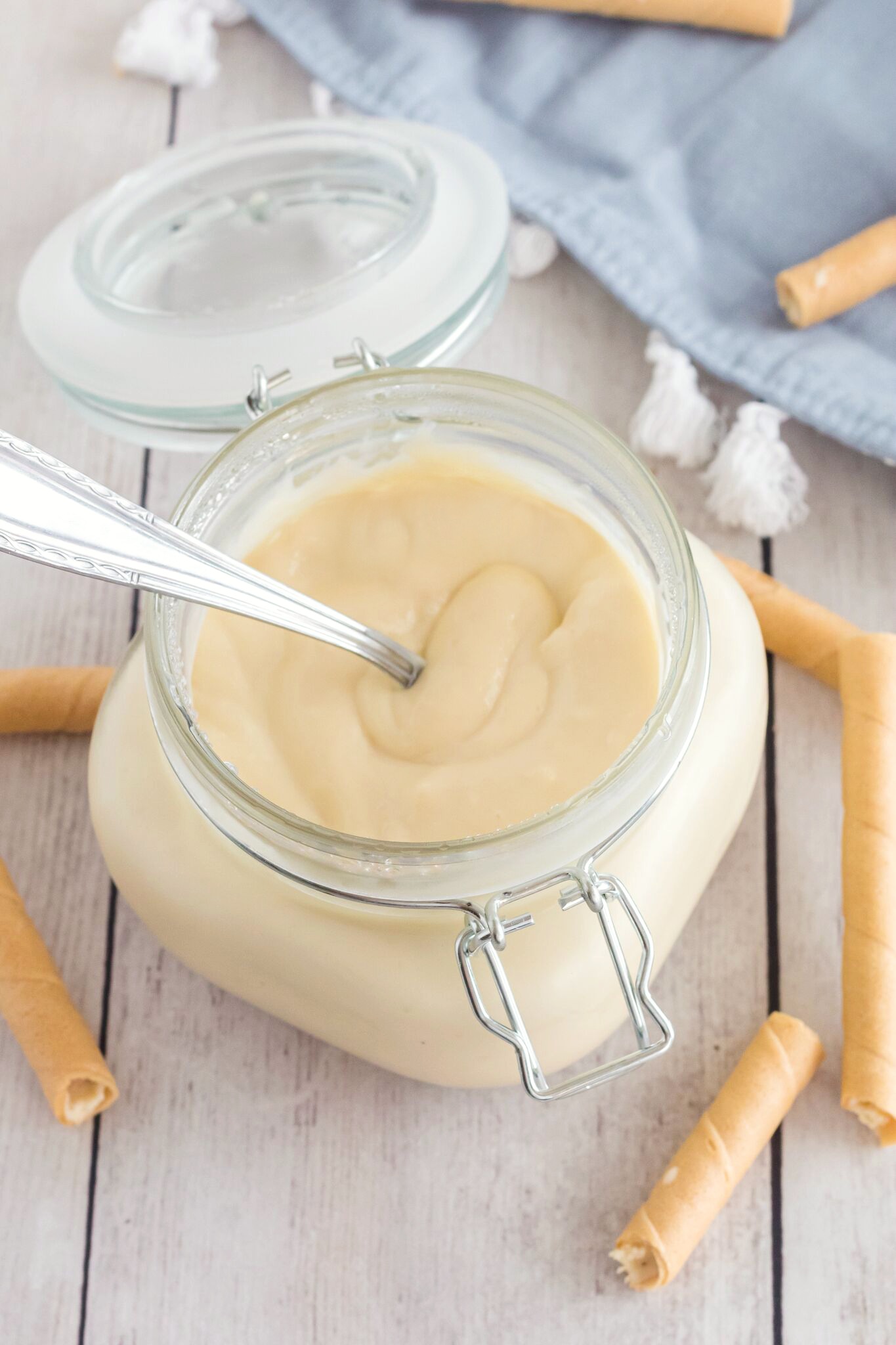 My son said this creamy cool treat was just as satisfying as eating ice cream, he loved it!  There’s no need to buy store bought vanilla pudding with this delicious homemade recipe in your recipe box.  Homemade Vanilla Pudding, it’s “What’s For Dessert”?! And it’s DELICIOUS. 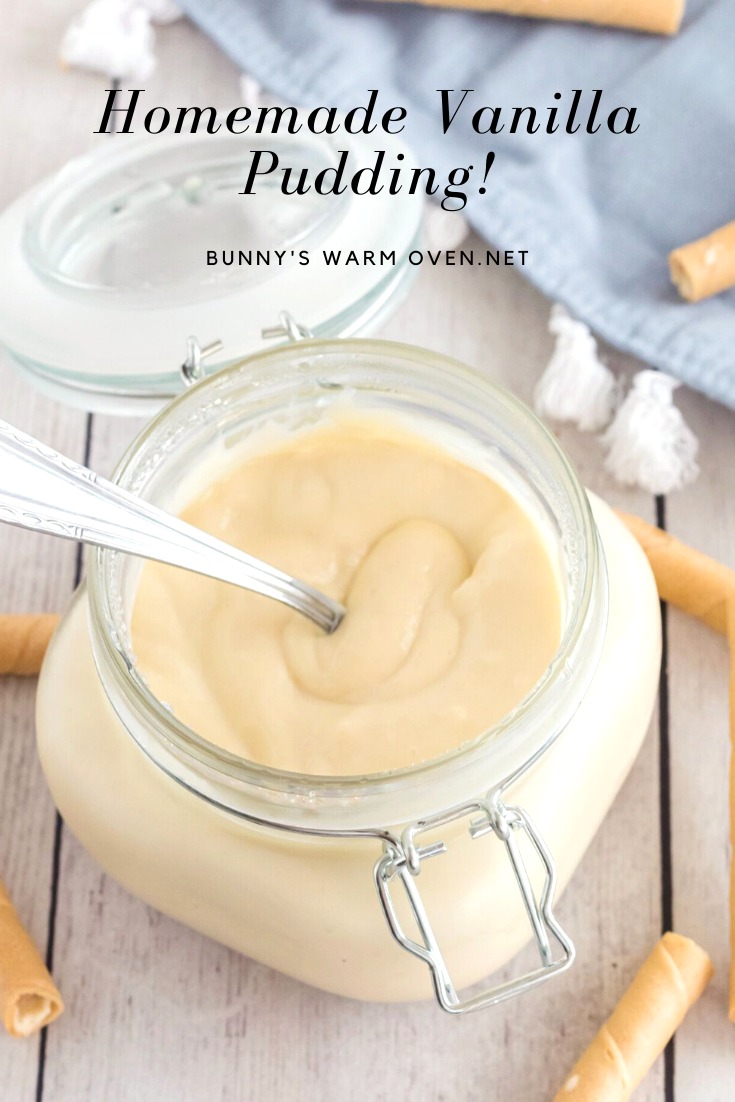 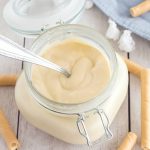 Can I use it to fill cream puffs?

Yes Carolyn, pastry cream which is used to fill cream puffs is basically a pudding.

Pam I found an article about baking with sugar substitutes you might be interested in, here’s the link….http://www.diabeticlivingonline.com/diabetic-recipes/sugar-substitute/baking-sugar-substitutes

I thought this pudding was very tasty. However if I did it again which I will I would put half the sugar it was way too sweet for me.

Make it yours Cathie, that’s the beauty of recipes.

I am excited to see this recipe. I made homemade vanilla pudding a few years ago and so lost the recipe. I remember it being delicious. I am hoping that when I make this the flavors will be the same. Could this recipe be used to make homemade banana pudding filling? My mom use to make it by cooking and making the filling from scratch. Thank you so much for sharing.

Thank you for such a delicious pudding recipe—it was outstanding! The only problem was that I should have doubled the recipe because it was gone before it had a chance to completely cool!
Can I double the recipe as is?

Great recipe! I was looking to make banana pudding, and this recipe worked well for that. I mashed up 2 bananas and whisked them in while heating up the milk and cornstarch mix.

So glad that this homemade vanilla pudding recipe worked so well for banana pudding. Yum!

So yummy and easy! I feel better knowing I made it from scratch! Thank you!