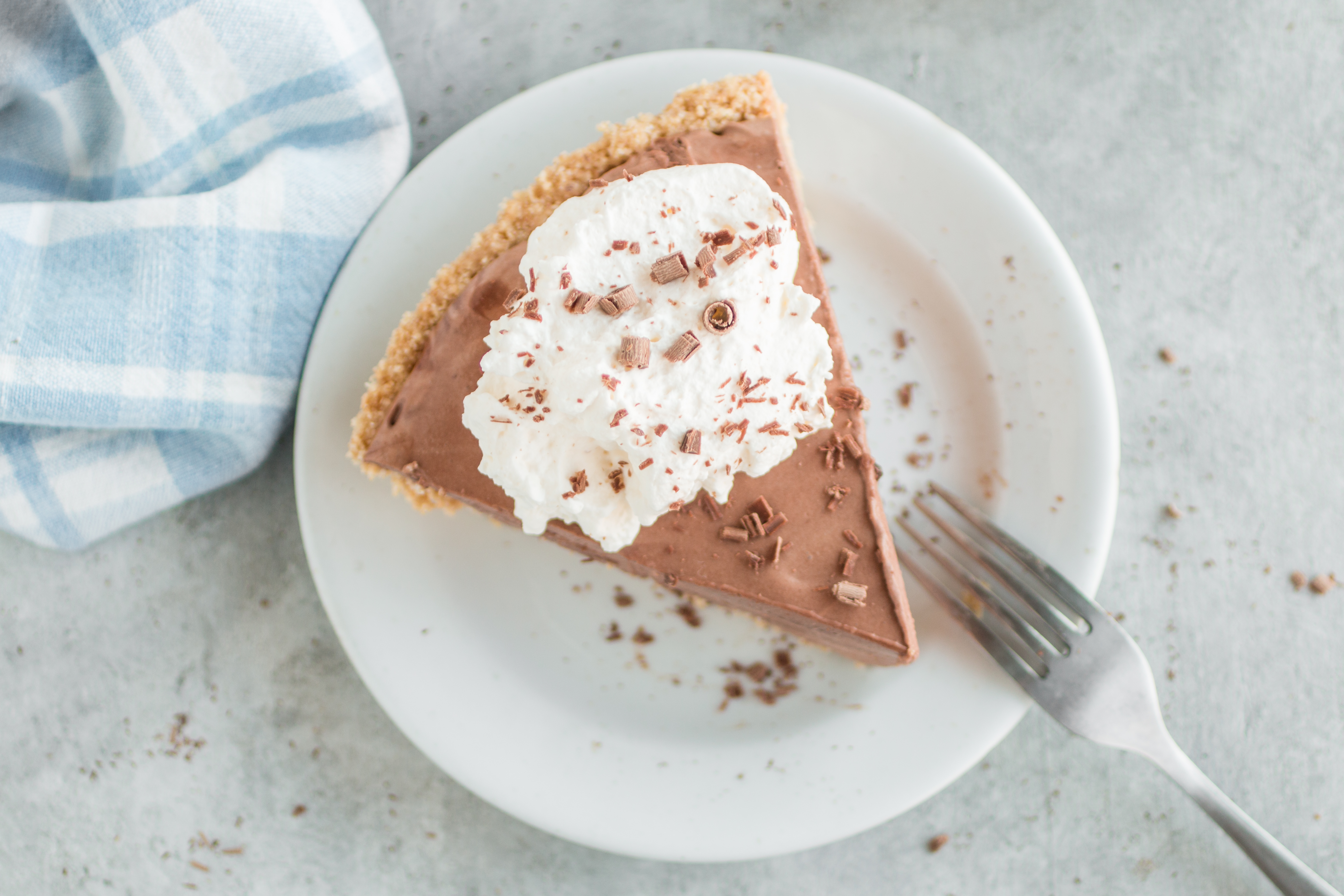 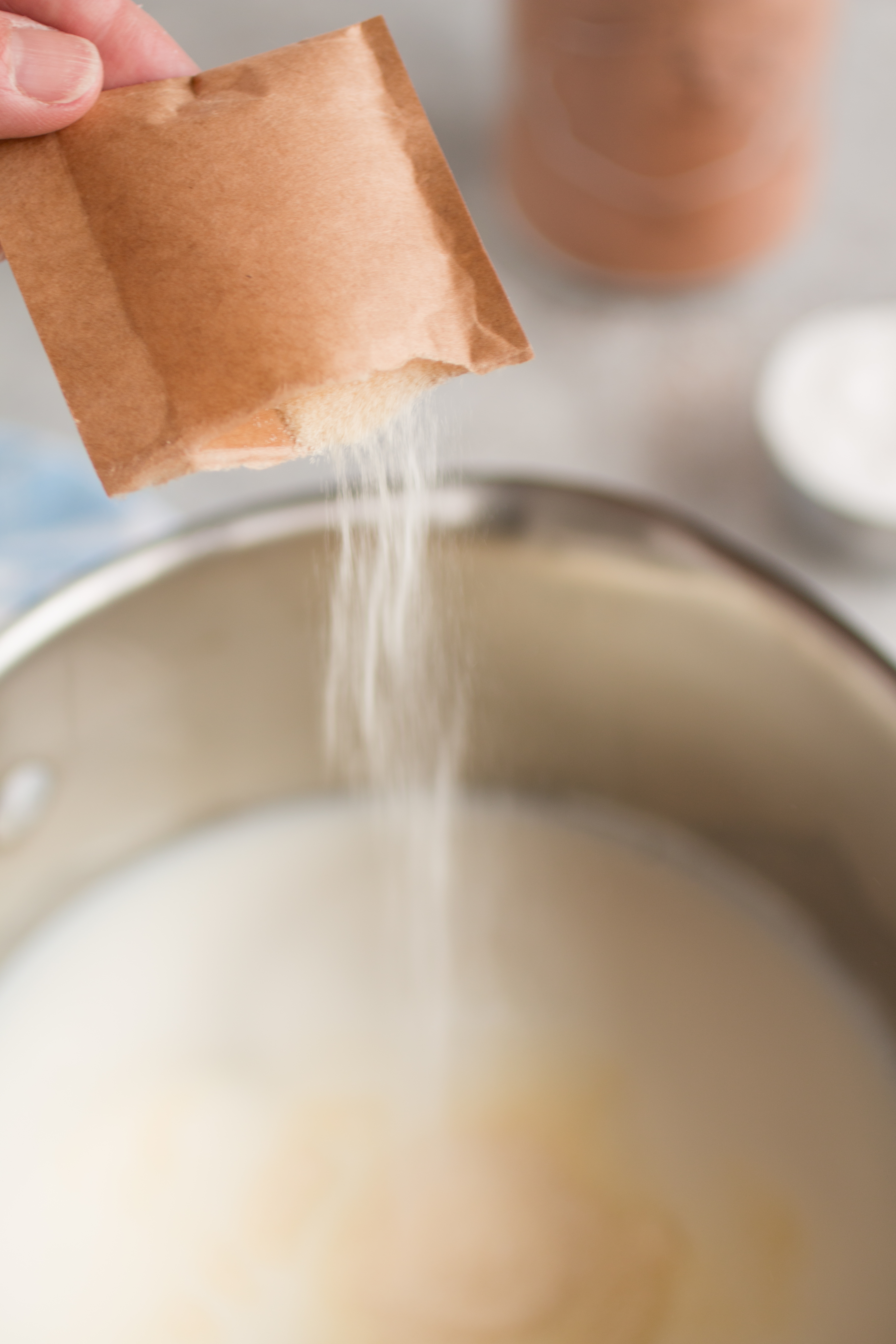 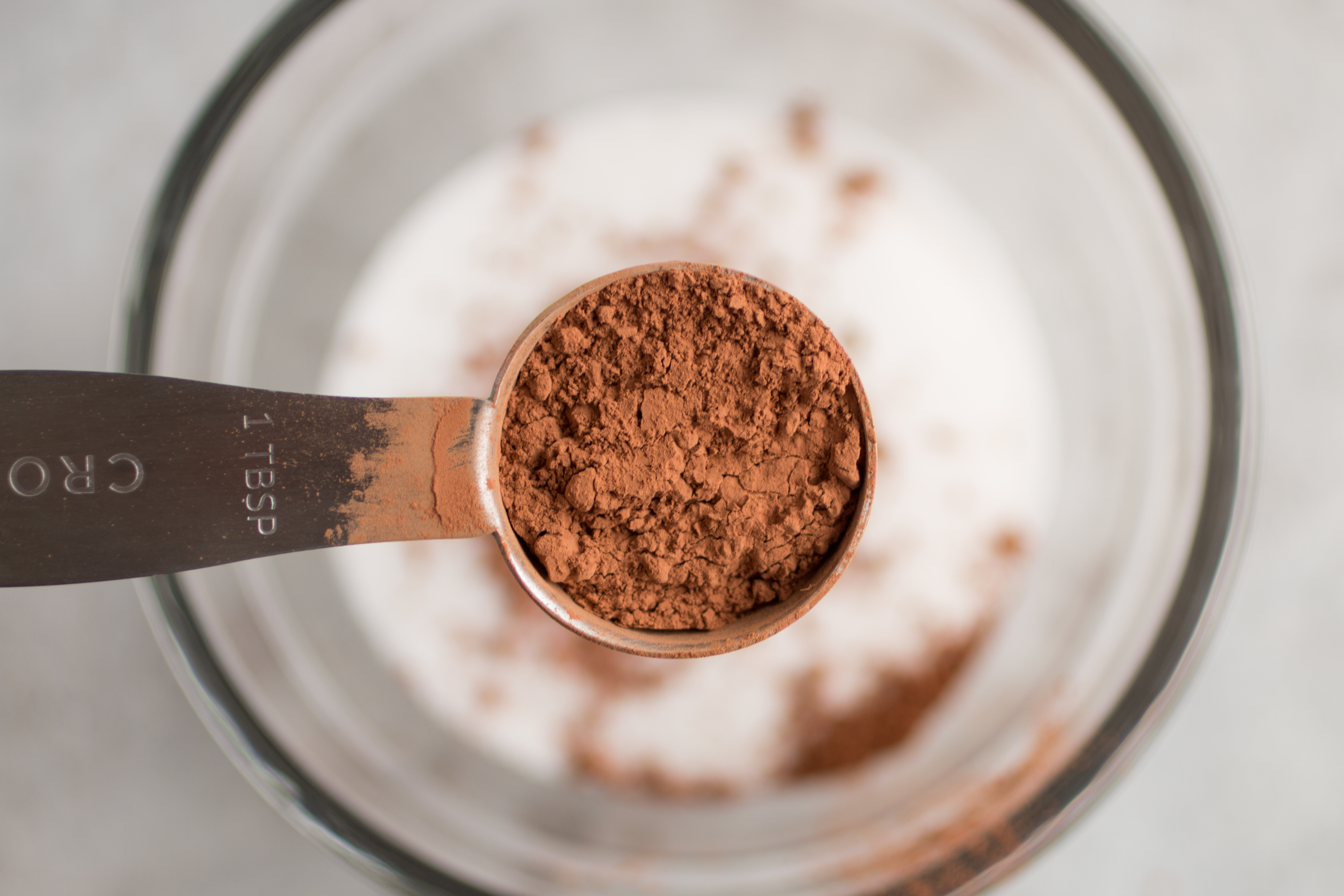 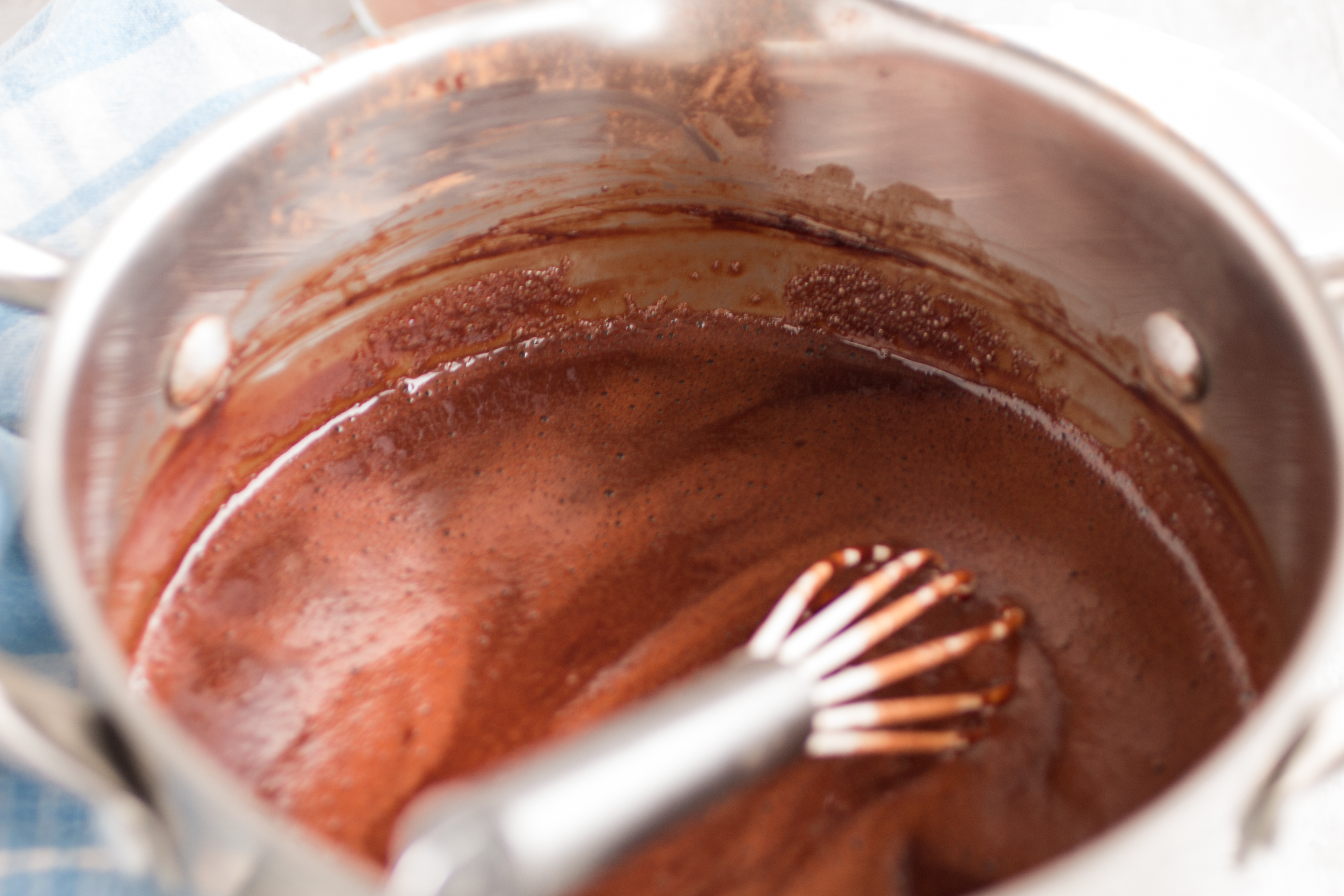 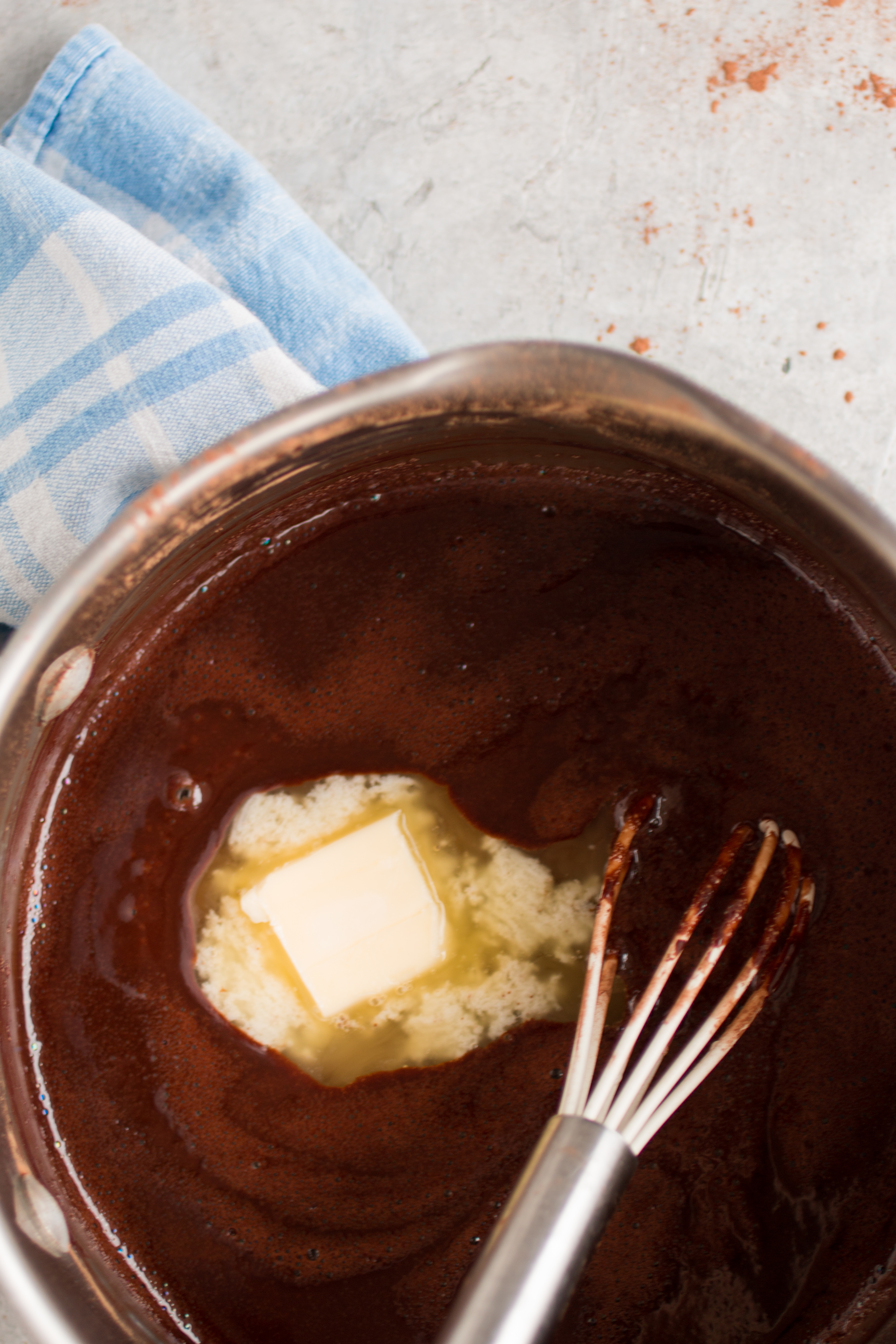 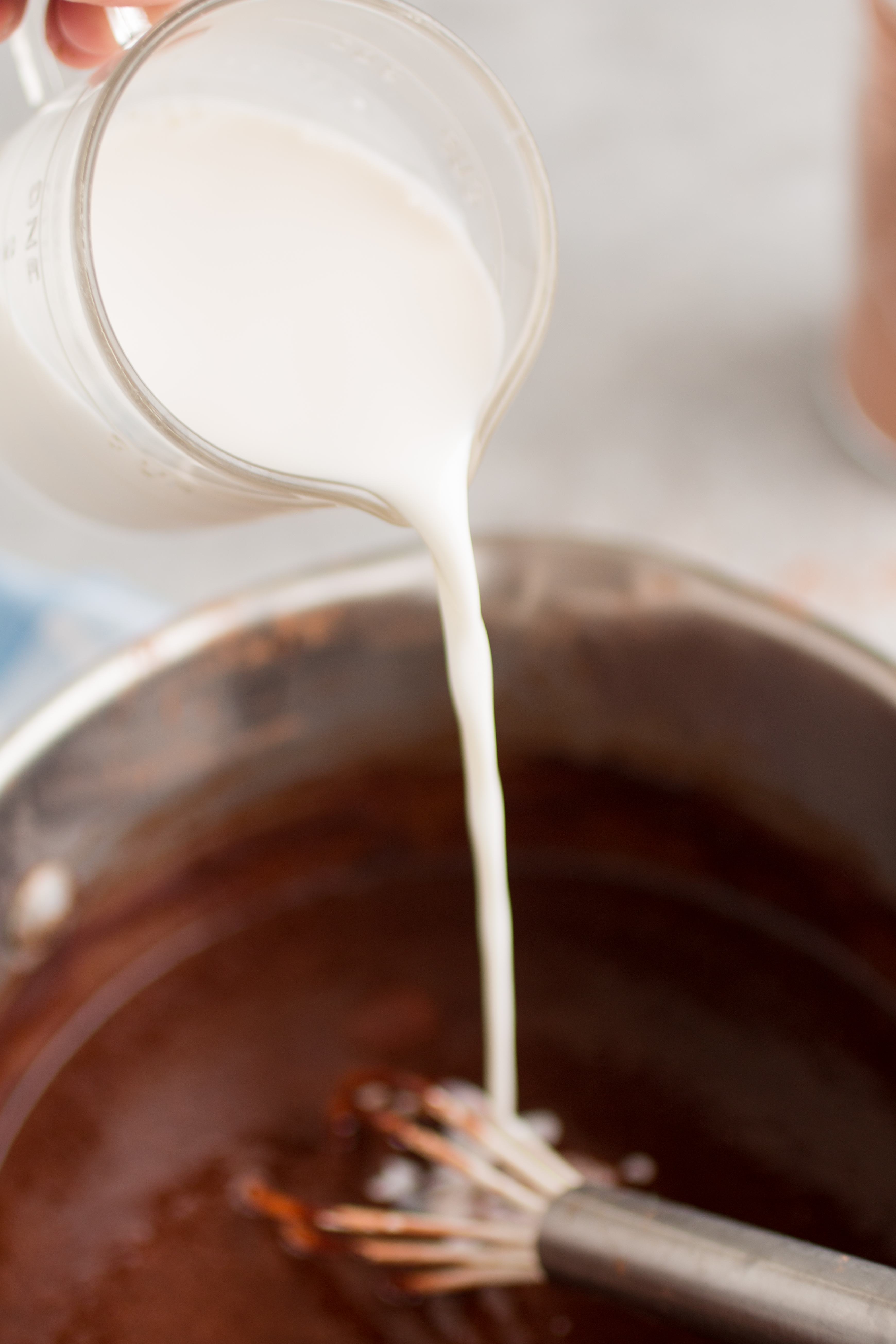 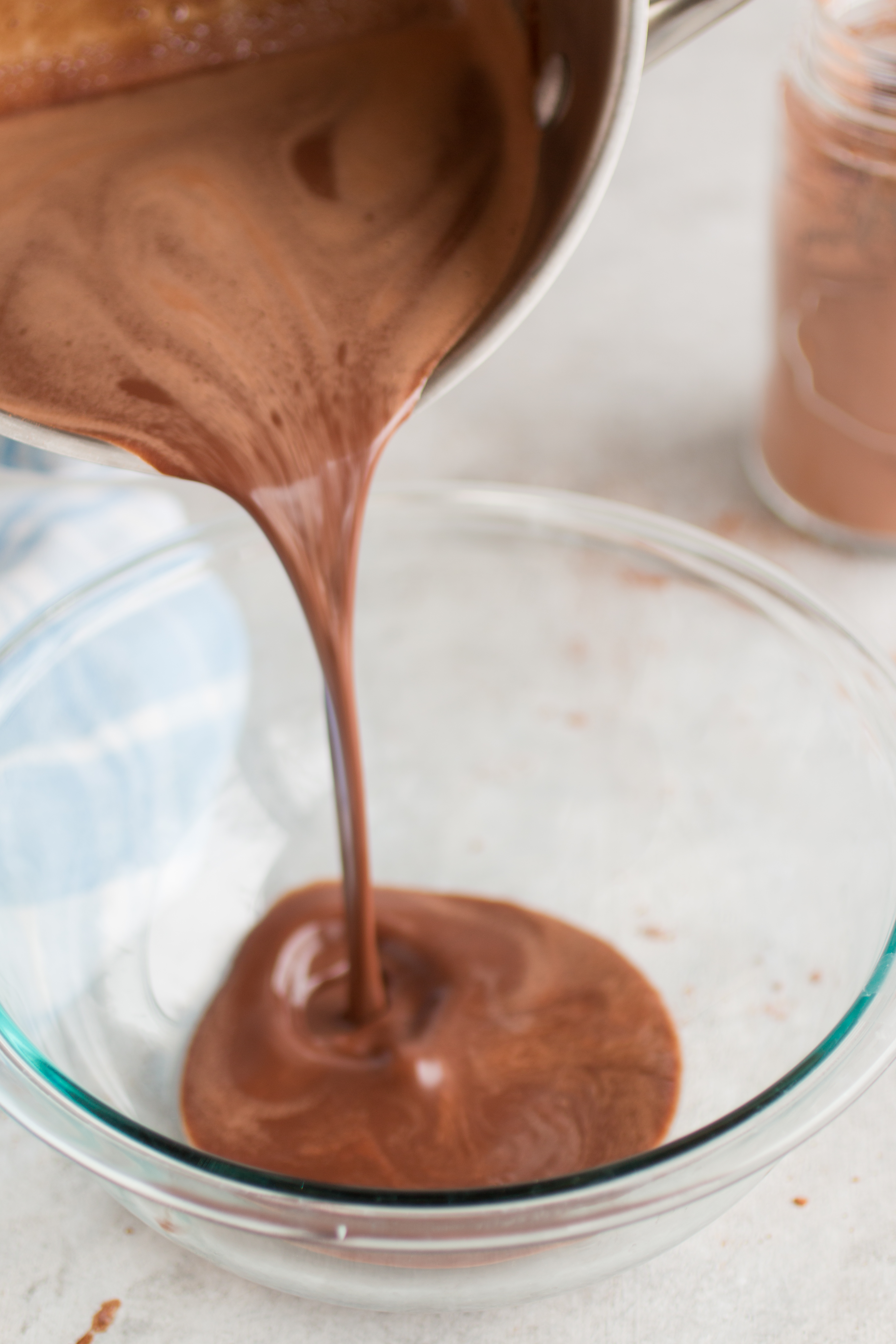 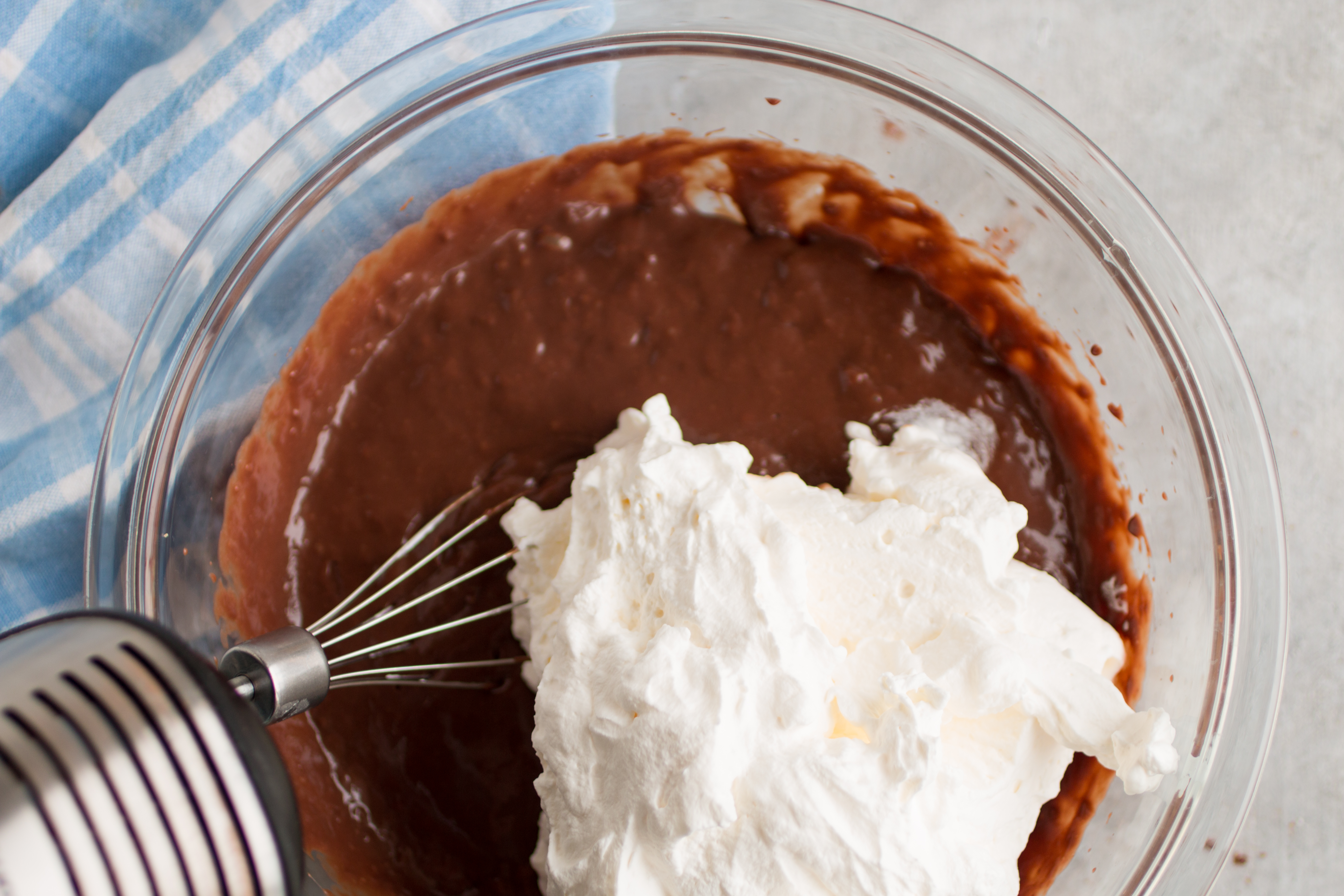 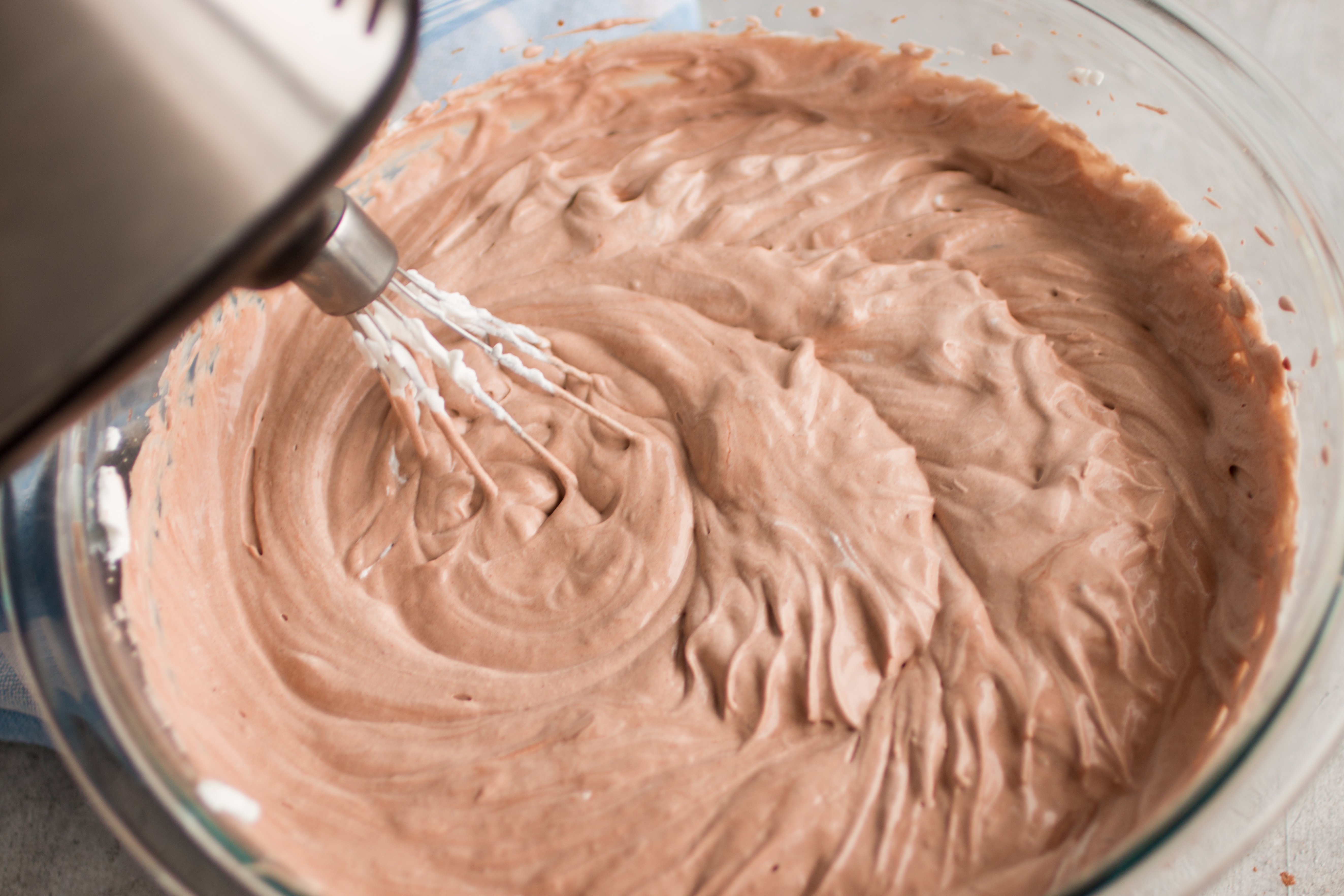 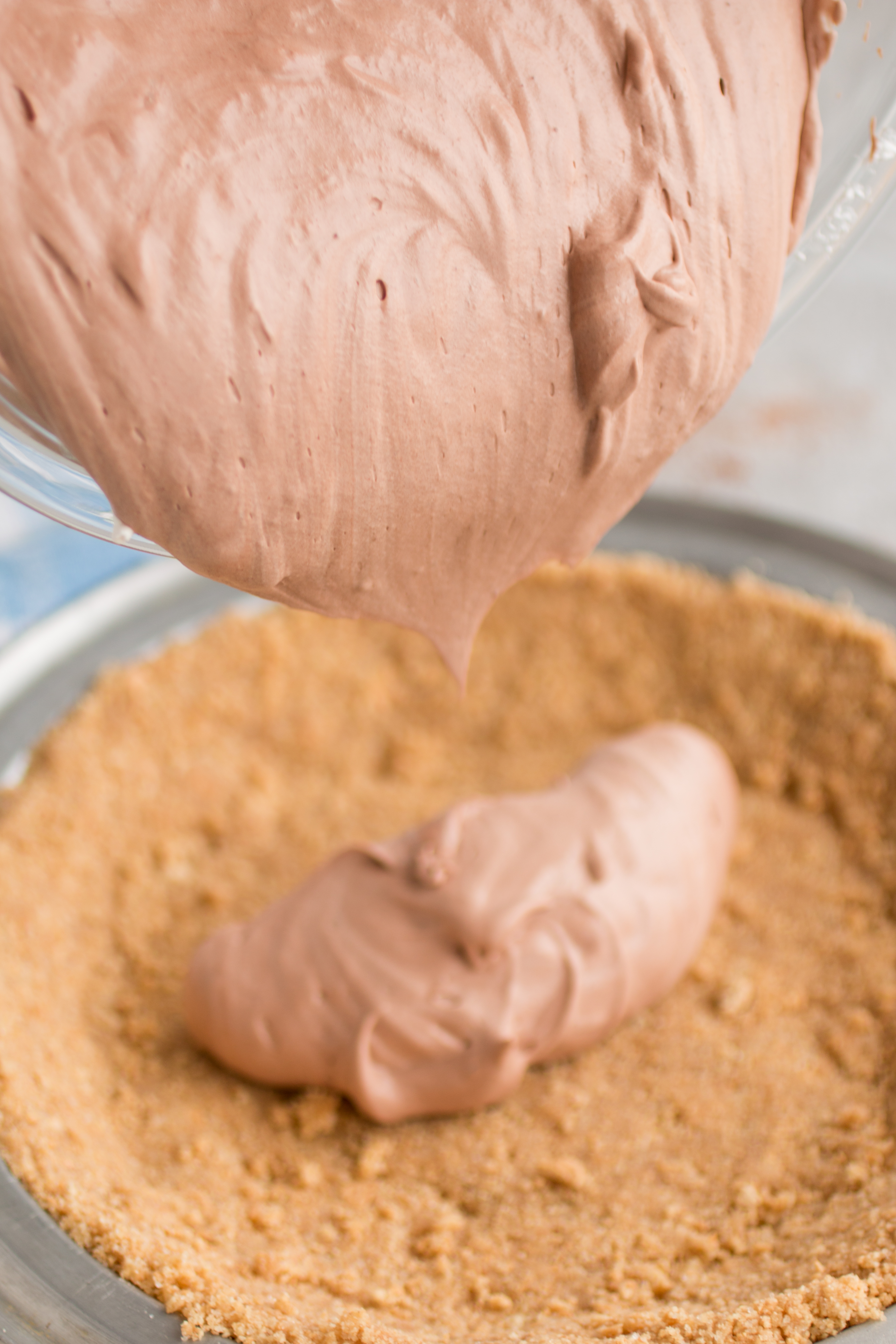 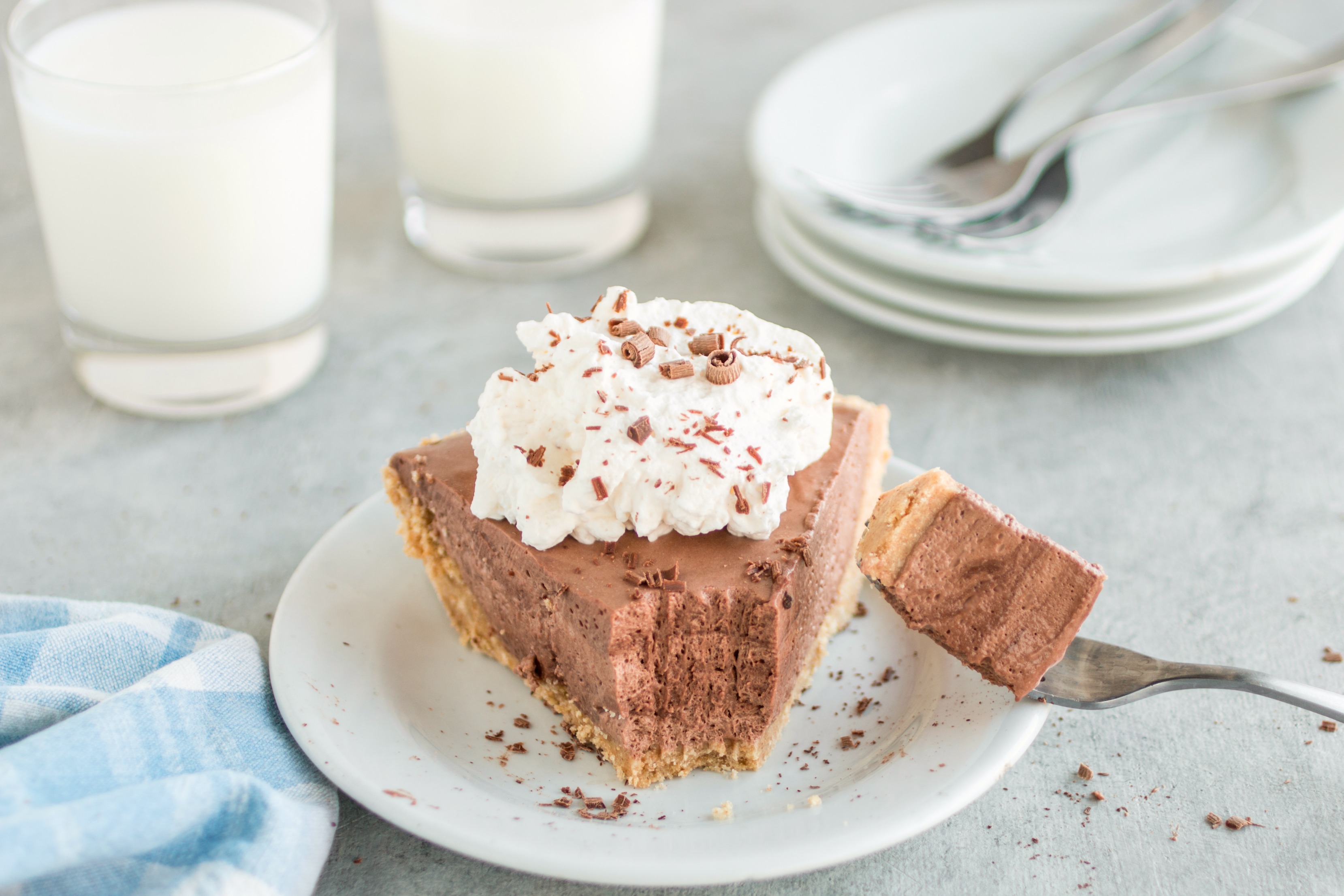 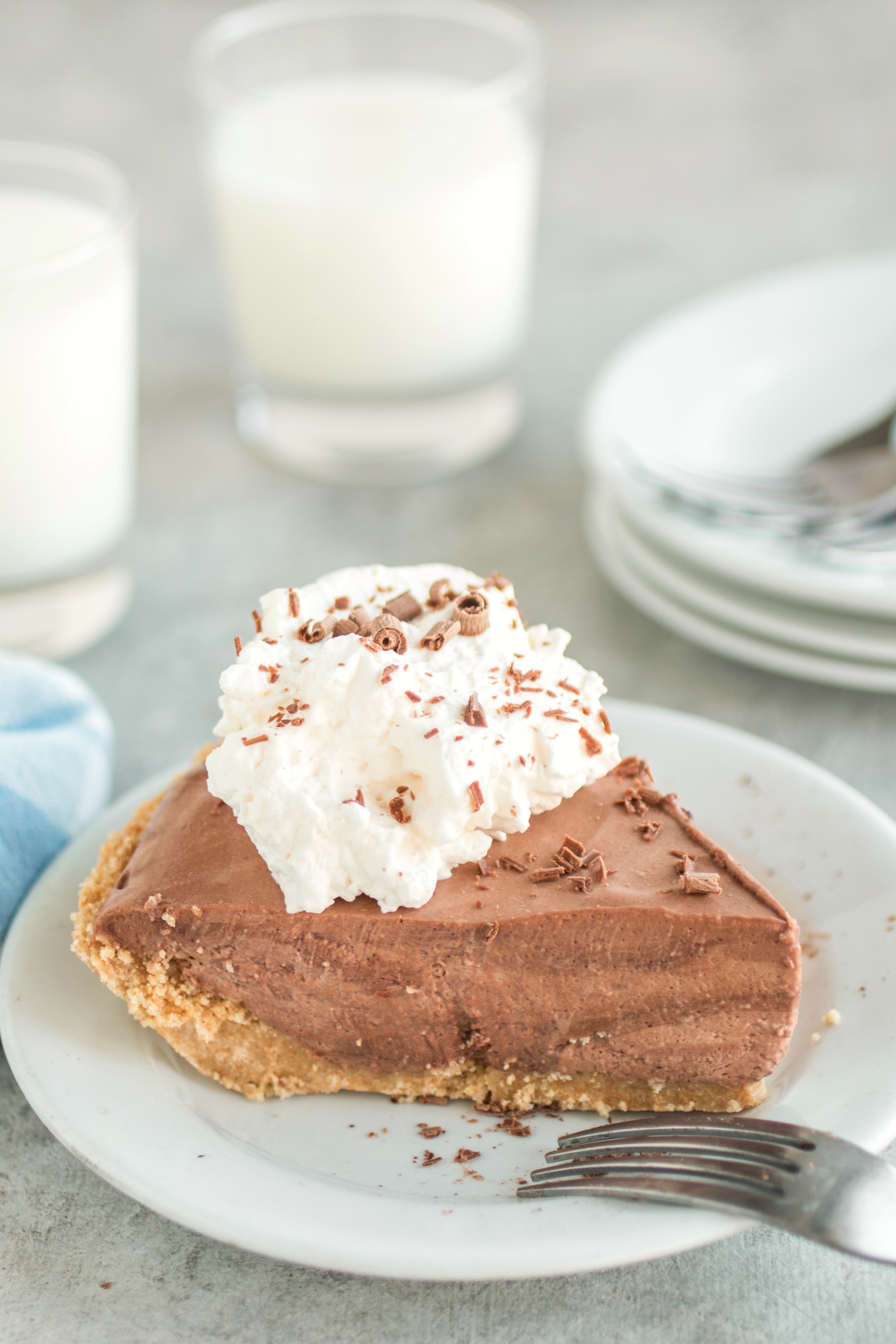 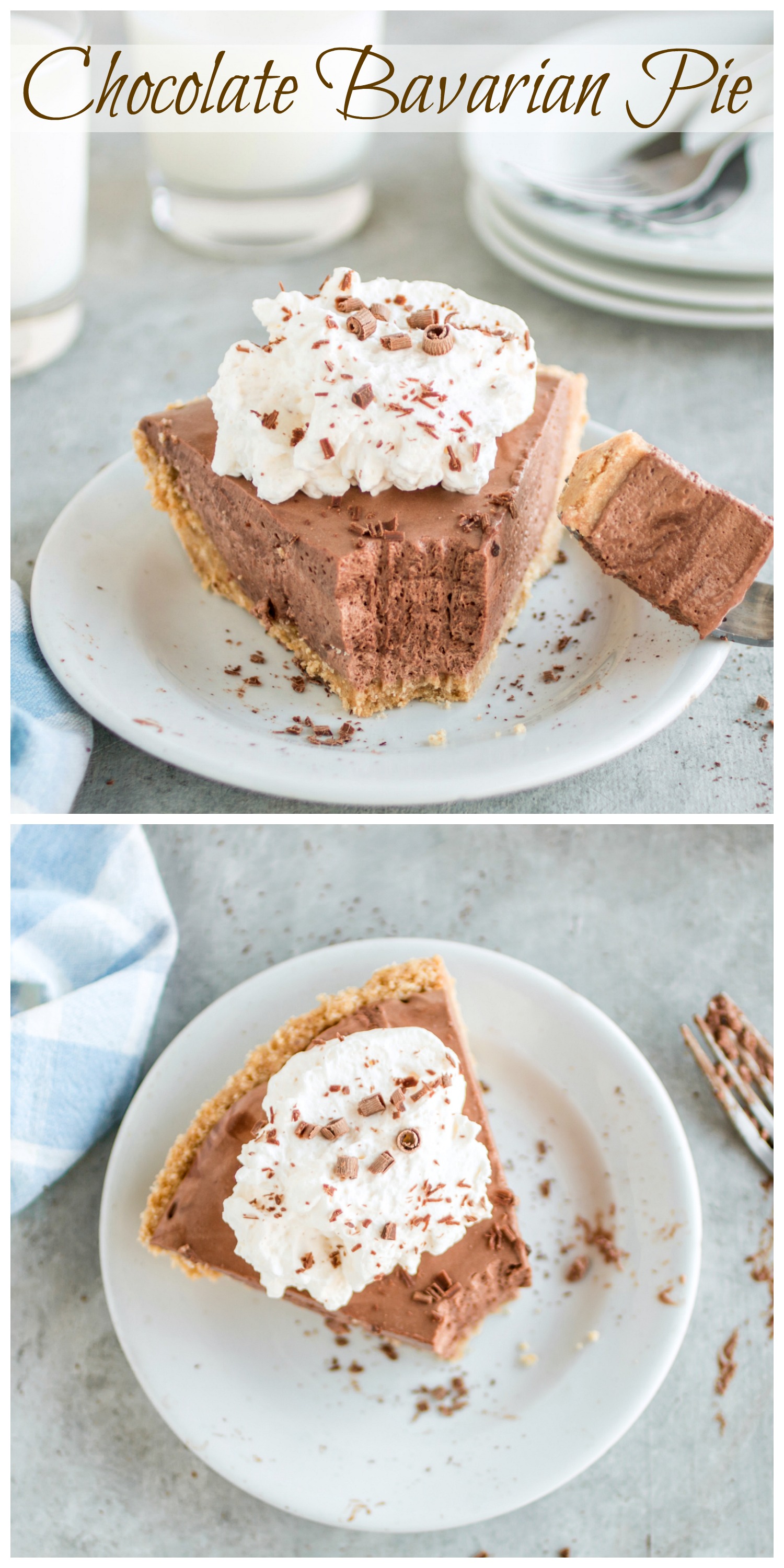 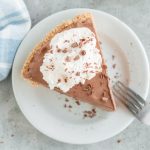 Wow that pie looks delish! Big Q here..after the chocolate mixture cools in the fridge..are you wanting it removed from the fridge and mixed up a second time?…before adding the whipped-up topping to the chocolate? Thank you. Your recipes are delicious!

HI Lisa! Yes you will beat the chocolate just a little bit until it’s smooth, then you will whip the cream to stiff peaks and use the mixer again ( with the mixer on low)to beat the whipped cream and chocolate together, but only until just incorporated. Let me know if you make it, I’d love to hear what you think!

This pie looks and sounds amazing, Mary! I think this would be great to serve at Easter dinner this year! Thanks so much for sharing your recipe!
Cheers, Debi @ Life Currents
http://lifecurrents.dw2.net/salted-caramel-coffee-truffles-and-a-giveaway/

This is one of my favorite recipes! The chocolate and the cream together…sooooo very good! Thank you Debi!

I made this last Thanksgiving! The family loved it so much that they requested it again! I have a feeling this will be part of the family Thanksgiving tradition!
Thank you! 🙂

I loved this pie Naomi! So happy your family loved it too!

This is so chocolatey and fluffy. The crust is great, too. Everything about this pie seriously ROCKS. Thanks for the recipe.

SO silky – just perfect. I love how easy you make this recipe! I think I want to make it for the New Year!

Yum! What delicious flavors! Will be whipping this one up for sure!

THat looks amazing. What a decadent treat for the holidays. I’m sure everyone will love this.

Absolutely perfect! I can’t wait to make this pie for my family this Christmas. It is sure to please any crowd.

Wow!! This pie looks absolutely scrumptious! I haven’t had Bavarian cream pie in forever. I can’t wait to try your recipe!

This Pie looks so creamy and airy! It would make the perfect dessert for the Holidays!

YUM! This pie looks fantastic, especially since chocolate is involved! Great desert for the Holidays!

WOW this pie looks so luscious and creamy! Can’t wait to try this recipe!

Luscious doesn’t begin to describe the heavenly amalgam of this pie. I would very selfishly devour the entire thing myself.

Everyone at our food bank worker lunch gave this pie a big thumbs up today. Not a crumb or lick of chocolate was left!
Thank you for a delicious pie that I will make again, perhaps for Thanksgiving.

Wonderful Martha! I loved everything about this pie. Thank you for coming back to comment!

Bunny, could Dutch chocolate (purchased at Costco) be used instead of cocoa?

Honey I didn’t have the answer to that one so I went and looked for an article about it. Here’s an article from Fine Cooking that tells you the different between the two..https://www.finecooking.com/article/cocoa-powder-regular-vs-dutch . Here’s another article..https://www.thekitchn.com/whats-the-difference-between-regular-and-dutch-cocoa-powder-word-of-mouth-215304

Hi, Being as I don’t have corn syrup, could I use Maple syrup instead?

No Marie, that’s not going to work, it has to be corn syrup.