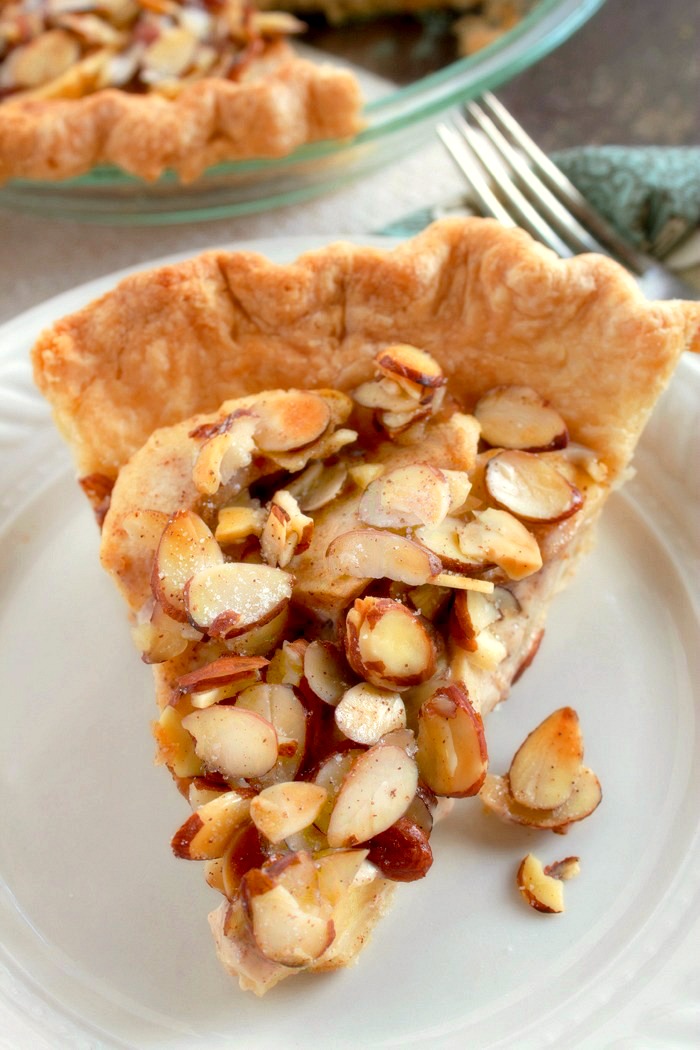 Apple Almond Custard Pie – Sliced apples nestled in a layer of custard flavored with cinnamon and vanilla and topped with sliced almonds. The flaky all butter crust adds another dimension of flavor and texture that’s just heavenly. If you don’t have a recipe for an all butter pie crust, you can find the recipe I use here.

I was totally unprepared for the reaction I got when family members tasted this pie.  My husband Paul couldn’t get enough of it, he absolutely loved it. He’s not much of a sweet eater so the fact that this pie isn’t overly sweet made it perfect for him.

He actually suggested that if anybody wanted it sweeter, they could drizzle a little honey over the top of the almonds.  GOOD ONE sweetie!!! I think being married to a baking fanatic is rubbing off on him.

Paul’s son David said it was the best piece of pie he’s had in a very long time.  “It’s perfection,don’t change anything.” It’s compliments like these that make a baker’s heart go pitter patter.  Apple Almond Custard Pie Enjoy!! 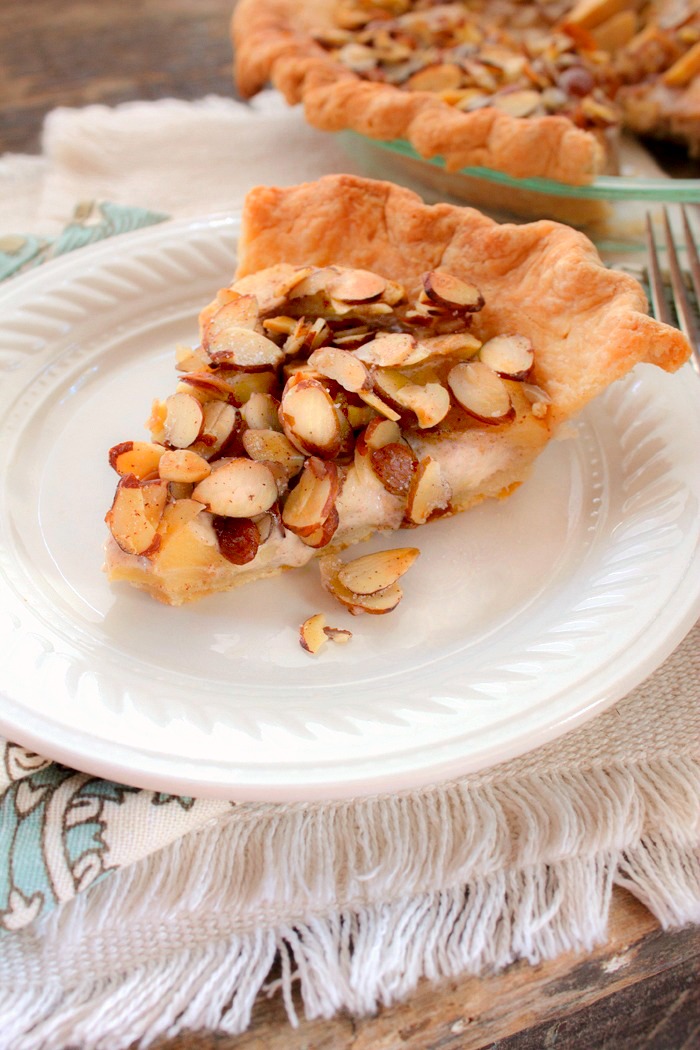 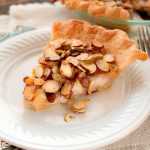 If you enjoyed this recipe you may like these as well. 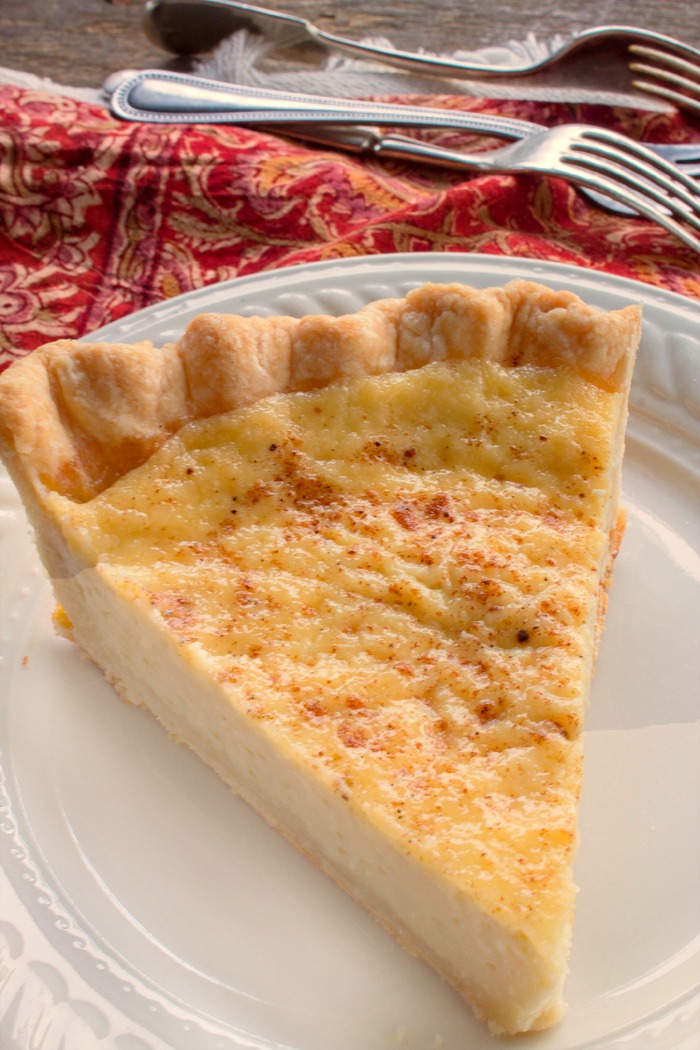 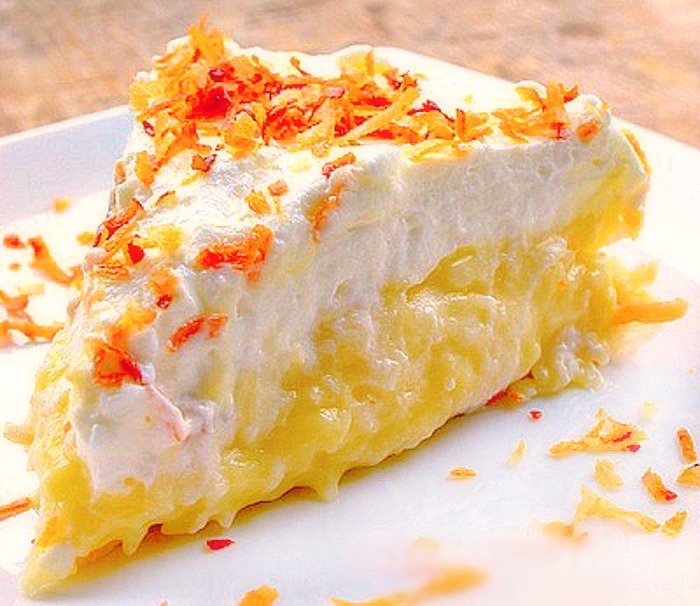 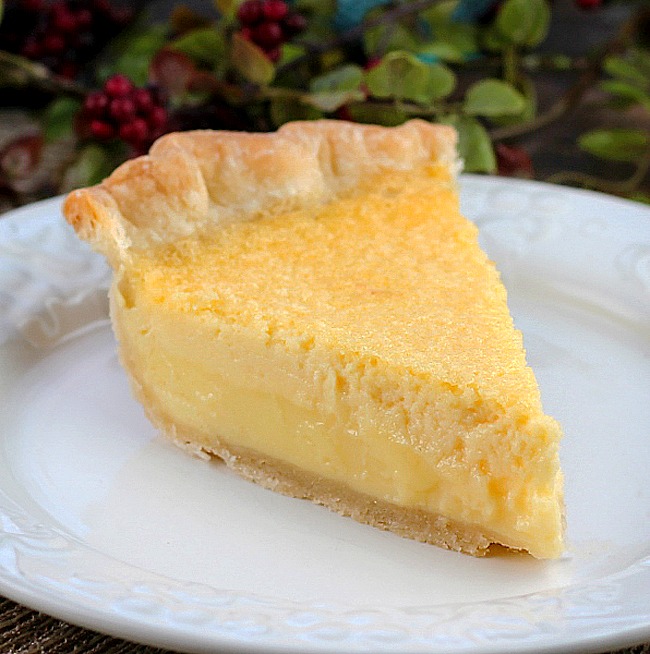 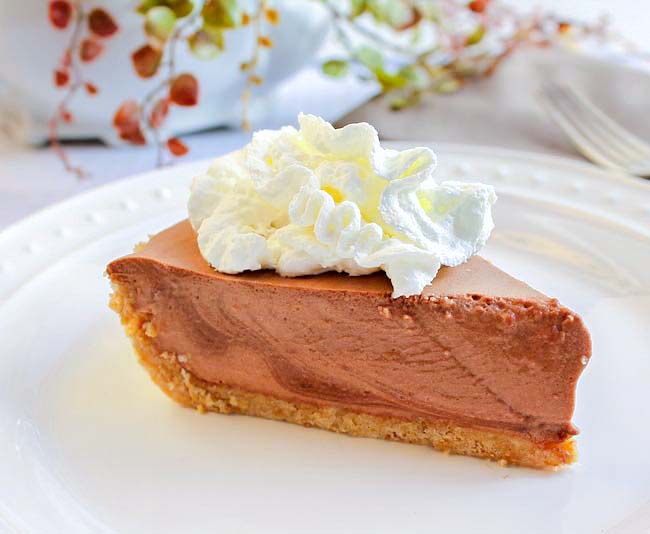 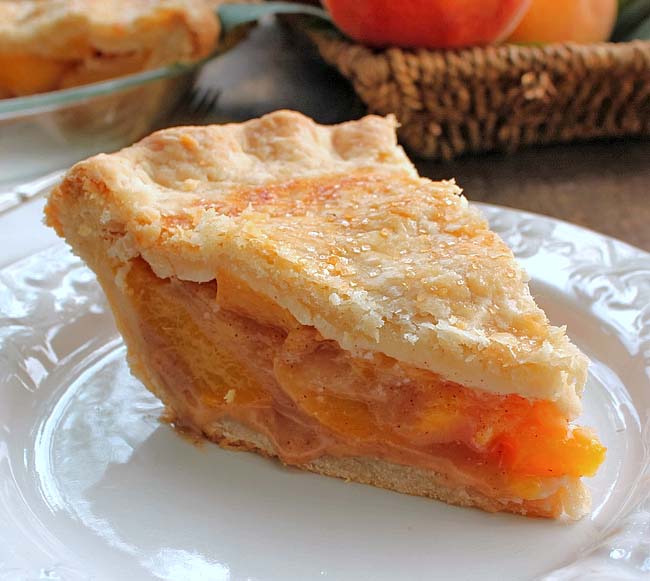