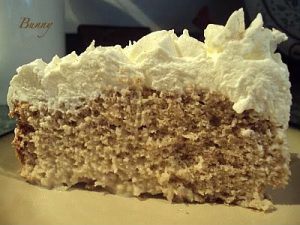 One of my friends on Facebook is Chef Mario Daniel Jarero. Chef Mario and I were chatting one day and he asked me what my favorite cake was. As I sat thinking about all the luscious cakes I’ve had and trying to pick just one, Mario very quickly replied that the best cake he’s ever had was a Tres Leches Cake. I was still mulling the question over… he didn’t even hesitate! Of course his choice peaked my interest because I’ve never made one.  To Read More, Click On The Recipe Title.
Off I went on a recipe search. I found out that is cake is thought to have originated in Nicaragua and has become a favorite of many Latin countries. I started this recipe from Epicurious by making a cinnamon flavored sponge cake in a 10 inch spring form pan. The cake is very light and airy , perfect for absorbing the 3 milks that are spooned over the top. 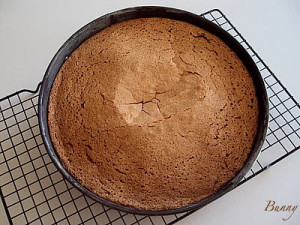 Other recipes called for baking the cake in a 13×9 inch baking pan. But I liked the idea of a nice tall cake, so I made it in a 10 inch spring form pan. 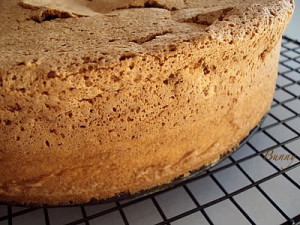 It baked up beautifully! In my recipe search, I found that other cakes required you to poke holes in the top of the cake so the milks would abosorb easily….not so with this recipe…. 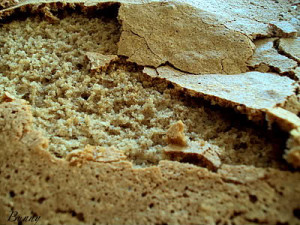 This cake bakes with a slight crusted dome on the top, when removed, either by cutting it off or as I did peeling it off ( I couldn’t cut a straight line if my life depended on it!), it reveals a light cake with air holes perfect for absorbing the milks. 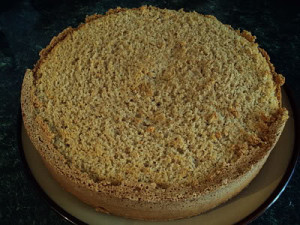 After combining the 3 milks (evaporated, sweetened condensed, cream and vanilla), I spooned the milk syrup over the cake. I was fascinated at how the cake absorbed it all! 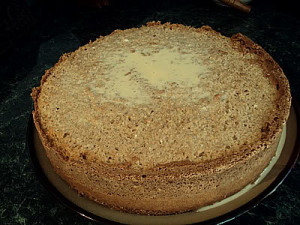 That last little bit of milk on top soaked into the cake as well! I chilled the cake, then prepared my topping. This recipe called for a meringue topping, but I wanted whipped cream. I have a wonderful recipe that Carol sent me a few years ago called Chef’s Secret Whipped Cream that I use whenever I need a whipped topping for a dessert. This recipe uses gelatin and keeps the whipped cream from weeping…even the next day. I use it for all my summer desserts…it’s like Cool Whip only homemade! 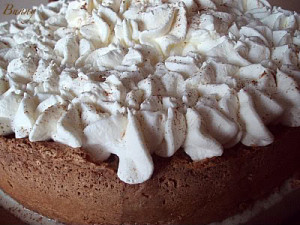 I piped the whipped cream on top, and sprinkled with cinnamon. Now to taste….the first bite gave me the cinnamon in a moist soft cake. It’s not soggy…it’s not heavy. The milk becomes part of the cake and makes it so moist and light…yes, light!

Thank you Chef Mario…this is one heavenly cake!

For Sponge Cake:
Preheat oven to 350°F. Grease and flour cake pan, and line with parchment paper. Sift flour with baking powder and cinnamon. Using a standing mixer with the whisk attachment, beat egg whites until frothy, then slowly add sugar to tighten whites to semi stiff peaks. Add yolks one at a time. Alternate adding the flour mixture and the milk.

Pour batter into pan and bake for about 40 minutes or until the middle springs back when touched and edges pull slightly away from pan. Cool thoroughly on a wire rack.

For Rum Milk Syrup:
In a large bowl, combine all ingredients. Whip thoroughly with a wire whisk and reserve. (If made in advance, refrigerate and stir before using.)

To Assemble:
Unmold cake while slightly warm, and slice off the hard top with a serrated knife. Place cake on serving platter and spoon rum syrup over cake a little at a time, until it is all absorbed, repeat until all the syrup is used. Ice the top of the cake. Refrigerate until cool.

Hint: If you plan on piping beat until stiff peaks form.

Variations: For a flavored whipped cream add your favorite extracts or liqueurs to taste and proceed as above. 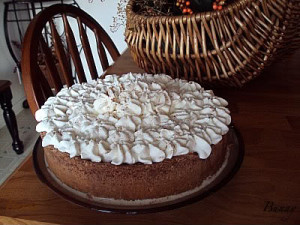 Wow, all of that looks wicked good, but that Pastel de Tres Leches is devastating!

WOW, it all looks amazing. My kids are huge fan of banana desserts so I know they’ve love those muffins. While we’re not overly fond of chocolate that soup does look good especially with, yum, caramelized bananas and pound cake croutons. Did I save the best for last, mmmmaybe? Your tres leche looks wonderful. I tried Martha’s cupcake recipe for it and was terribly disappointed. I’ll be giving your recipe a try.
~ingrid

I think I’ve gained a couple of kilos just reading the post 🙂
Everything sounds delicious and I agree that the Pastel de Tres Leches is wonderful.

Everything looks fantastic as usual Bunny, but that Pastel de Tres Leches is singing to my soul as well. It is a cake I have always wanted to try. Must do so soon I think! You have inspired me!

All of these desserts sound delicioius. Can you gain calories from sniffing the computer screen:D

your posts are always chock-full of goodness, but this one is particularly outstanding. the muffins are grand and i love the thick layer of frosting on the cake, but come on–CHOCOLATE SOUP? with CINNAMON CROUTONS? divine.

Oooooh, my talk about a sugar high. I am floating around my little room here, grins. All of these are amazing!!

I don’t typically like babnan bread/muffins but I really like the combination with the peanut butter. It’s one of my favorite milk shakes so I’m going to have to try these.

And I’ve had a few tres leches cakes in my day because my mom loves it and makes it often BUT I’ve never had it with a cinnamon sponge or rum in the milk mixture. I’m going to have to shar ethis recipe with her!

Nice post and this fill someone in on helped me alot in my college assignement. Say thank you you as your information.

I’m usually just a lurker, but- I made the Pastel de Tres Leches yesterday, and I think it’s jumped to the top of my list of favorite cakes as well. Absolutely amazing, and I recommend the rum in the milks and a bit in the topping. Thanks!

Oh wow this all looks fantastic, I’m going to have to go try out that dark chocolate soup right now!

This all looks absolutely delicious!

I think I’ll take that an an entire meal. Peanut butter banana chocolate muffins? Sign me up? (There isn’t a better flavor combo out there!) Chocolate soup? Love it. I’m also a huge fan of tres leches cakes. I tend to make a more traditional recipe with a sheet pan and hole-poking, but your method created a more striking cake.

I absolutely love that cake Bunny and plan on trying it sometime soon. Thanks for the tip about using gelatin in the whipping cream. I never heard of that but think it’s great and will try that too!

This is mind boggling! So many great things and I love the name of the muffins, perfect!

I am forever staring at your blog post photos-awesome. I really like the monkey muffins and the idea that it is kid-friendly even more.

Holy moly–you ladies went all out with the incredible goodies this time. I don’t know which is most tempting, they all look so darn good. But I think the chocolate soup with pound cake croutons sounds like something they’d serve you in heaven!