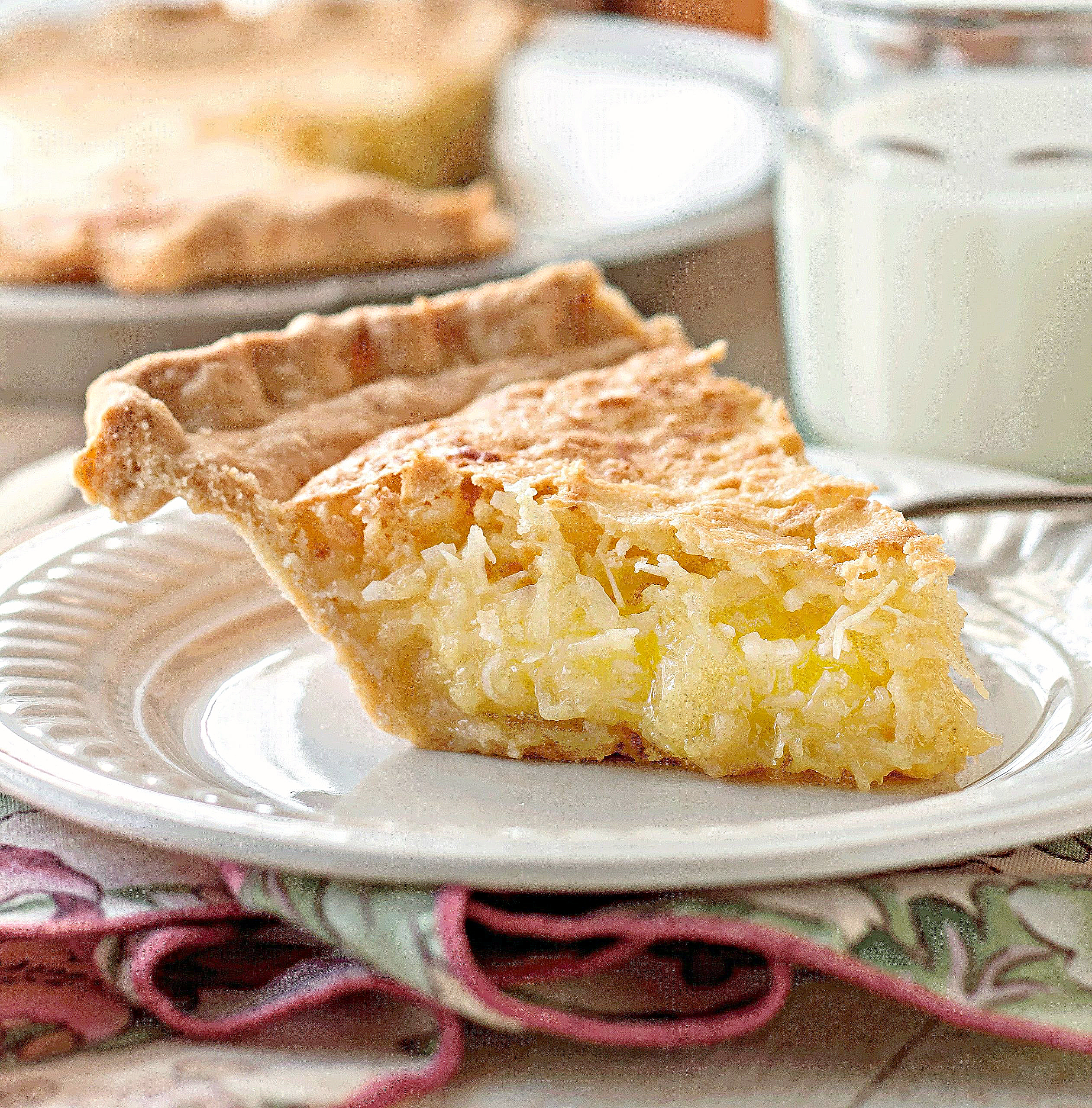 I spend my Saturday mornings on the computer working in front of the tv with Food Network on. My husband doesn’t understand how I can watch tv and work on the computer at the same time. It’s a noise thing for me, I love to listen to the shows and work. On this particular Saturday morning Trisha Yearwood was on making this pie.  The first thing that caught my attention was the name of the pie, French Coconut Pie…hmmm?  She had my attention, I watched as she made the pie, then I decided…I needed to make it.

The recipe came together fast, simple ingredients all placed into a stand mixer and mixed until creamy ,then placed in an unbaked pie shell.  After it was baked, it looked exactly the way it was suppose to. The pie formed a slight golden crust on top, the filling was firm and has an amazing coconut flavor, I mean seriously…AMAZING.

There’s one important thing you need to remember when making the pie. It uses UNSWEETENED COCONUT. I used big letters here because this is important. The recipe uses frozen shredded coconut. Frozen shredded coconut is unsweetened. You can find it in the frozen food section of the grocery store, or look for it in the baking aisle. If your store doesn’t carry it, you can order it online.  If you used sweetened coconut, the pie would be way to sweet with the amount of sugar that’s already in the recipe.  French Coconut Pie (Trisha Yearwood Recipe)…this one’s a keeper, Enjoy! 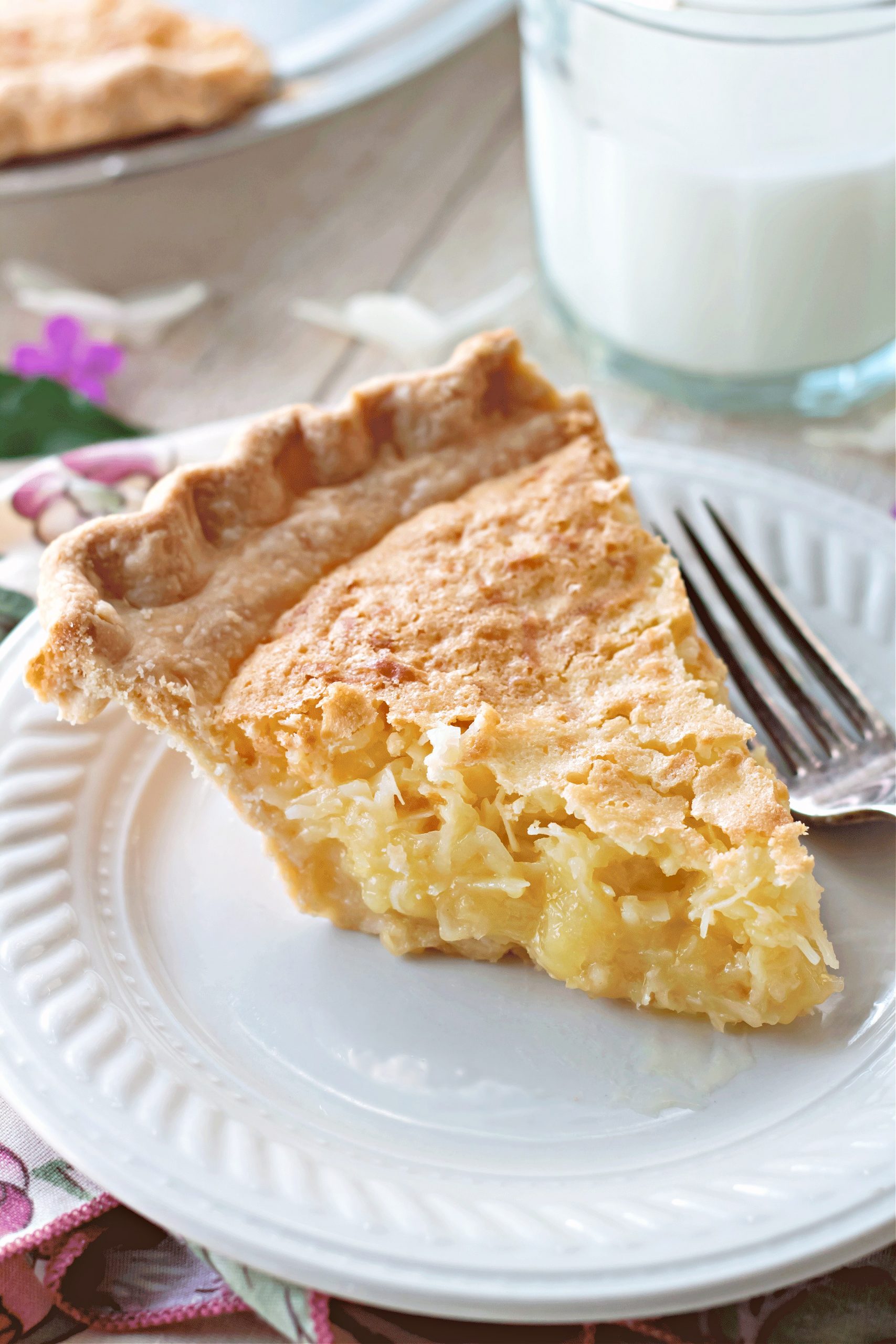 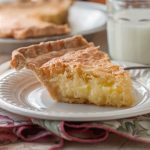 If the pie filling looks a little curdled when you're beating it, just keep beating. It all comes together to make a creamy pie filling.
Did you make this recipe?I'd love to see your pictures on Instagram! Mention @bunnyswarmoven or tag #bunnyswarmoven!
Pin
Share
Tweet
Share

YOU’VE GOT A TOTAL OF 6 EGGS IN THIS RECIPE. THIS MUST BE A MISTAKE. PLS TELL ME IF THE REST OF THE RECIPE IS CORRECT. ????

Cindy it was a mistake! Thank you for pointing it out! Corrected it!

Can this pie be frozen ?

Wendy I’ve never frozen a pie so I can’t answer that question personally. I did do a search on the topic though and found this answer from Betty Crocker for you. I hope it helps…https://www.bettycrocker.com/how-to/tipslibrary/baking-tips/storing-pies#:~:text=You%20can%20freeze%20both%20baked%20and%20unbaked%20pie,the%20oven%20at%20350%C2%B0F%20for%20about%206%20minutes.

Can this be made with sweetened coconut and less sugar?

I made this pie today with sweetened coconut and the sugar halved. It turned out wonderfully!! I might drop the sugar down to 2/3 cup next time and see how it is. But the 3/4 cup sugar resulted in a yummy pie!

I had never used frozen coconut before and did not know it even existed . So I am so happy to have found it while I was shopping yesterday. This recipe sounds amazing and my love for coconut will be addressed.YUM cannot wait to try.

I’m picking up frozen coconut tomorrow so I can make this pie. It looks delicious.

I appreciate the fact that you immediately gave credit to the person where you got the recipe, unlike some bloggers who change one item in a recipe and own the recipe.

Thank you! I can’t wait to hear how it turns out!

I have been beating this mixture for 10 minutes and it still looks curdled. What will happen if I just cook it like that?

Theres nothing in the recipe that would make it curdle Honey. Did you check the date on the buttermilk?

Please tell me the reason to use frozen coconut instead of the shredded?

The picture of this pie looks like it has a top crust…does it? Or is it just browned?

Well I put in a regular 9” pie crust and it was way too much overflowed. So I assume you meant deep dish? Anyway switched to a deep dish which I happened to have. Cooking now.

How long do you have to wait before you can eat the pie?