This delicious Apple Cabbage Recipe get’s it’s tangy flavor from the apple cider and apple juice in the recipe. You’re going to love it. 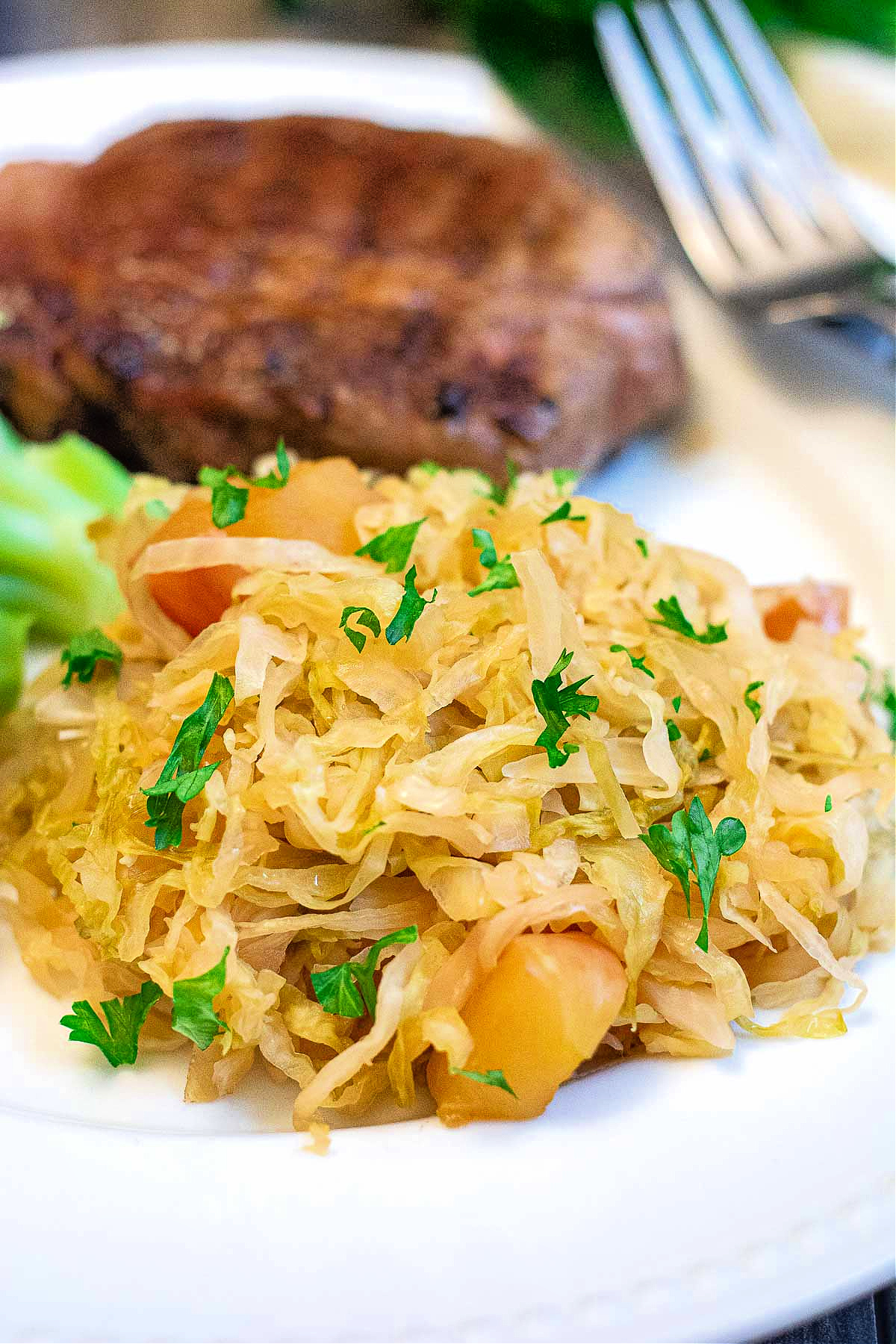 I am pretty much in total awe of our great grandmothers and grandmothers.  These woman used what they had when they had it. That’s how a lot of our recipes were created. Cabbage and apples stored well in root cellars. I imagine, as frugal as they were that they put their culinary thinking caps on and came up with many delicious ways to enjoy the two together. 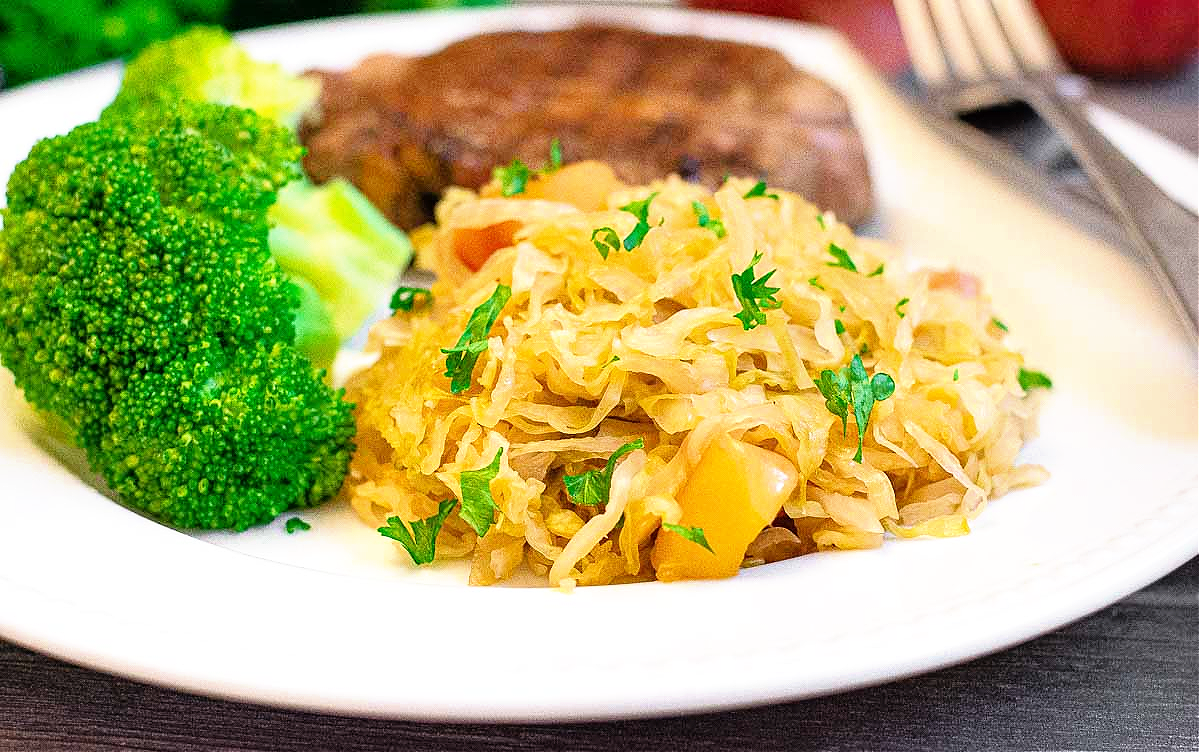 What Variety Of Apples Should I Use In The recipe?

According to Wikipedia a cooking apple is an apple that is used primarily for cooking, as opposed to a dessert apple, which is eaten raw or put into desserts. Cooking apples are generally larger, and can be tarter than dessert varieties. Some varieties have a firm flesh that does not break down much when cooked. This is the kind of apple we want to use when making this recipe for Apple Cabbage Side .Dish. To find out how to store your apples for several months if need be, check out this link from WikiHow. 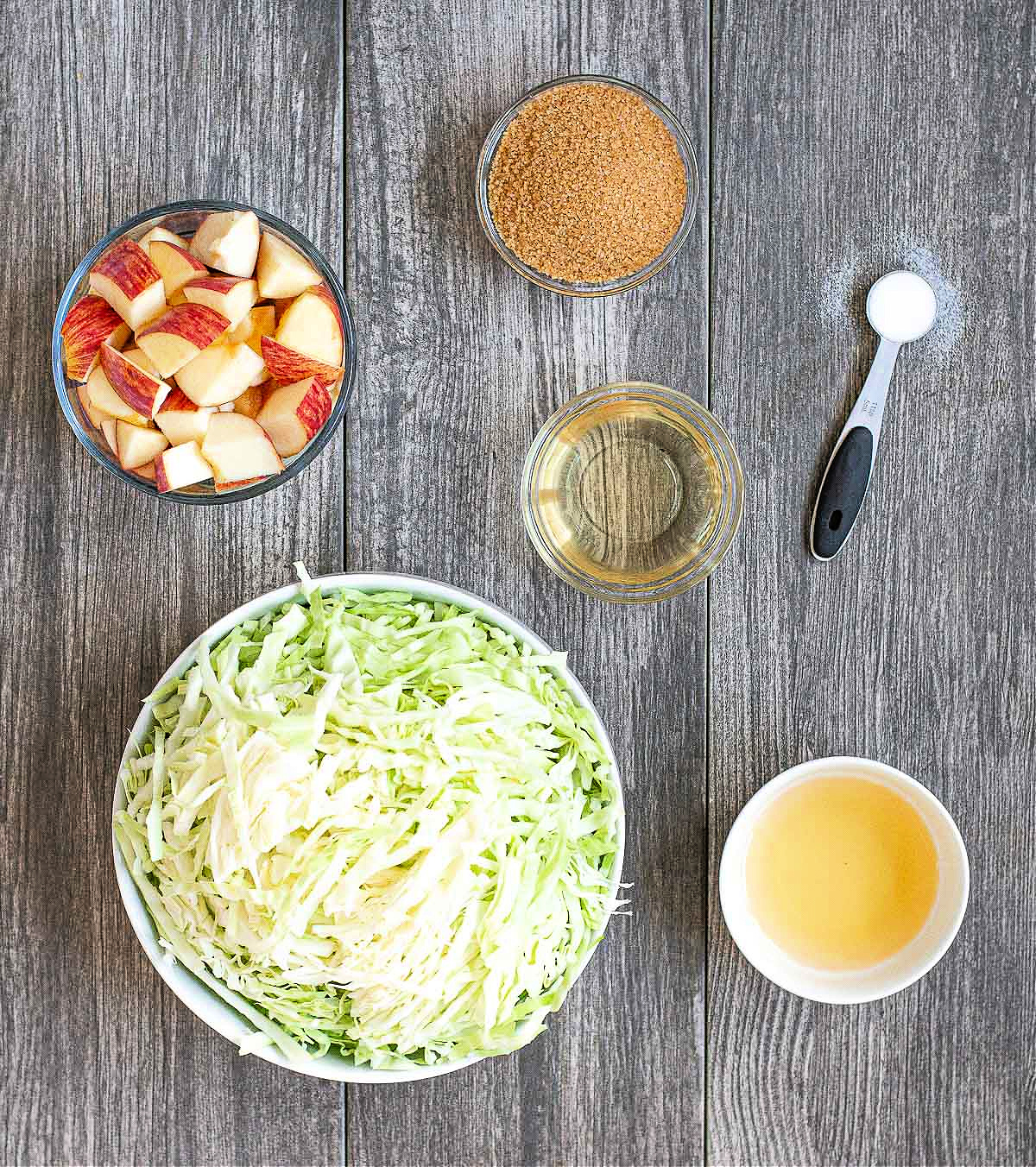 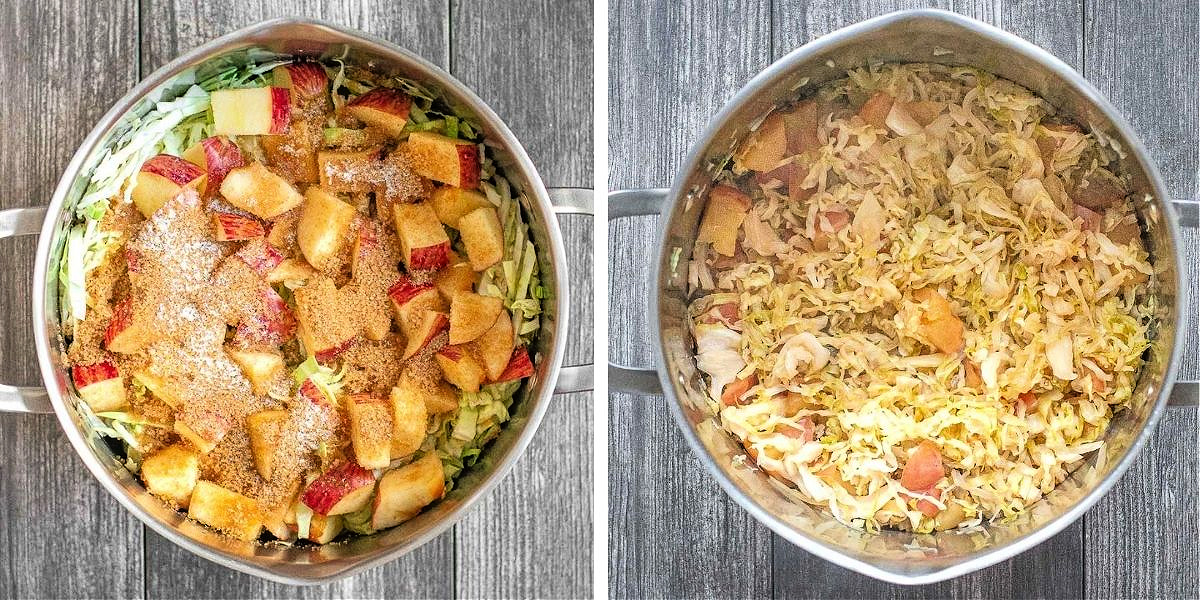 Place the shredded cabbage, apple chunks, light brown sugar, salt, apple juice and apple cider vinegar into a large pot. Stir the ingredients lightly to combine them in the pot.

Place the pot on the stove over high heat. After the ingredients come up to a boil, reduce the heat to medium. Cook the ingredients for 25 – 30 minutes or until the liquid is absorbed and the cabbage is tender. 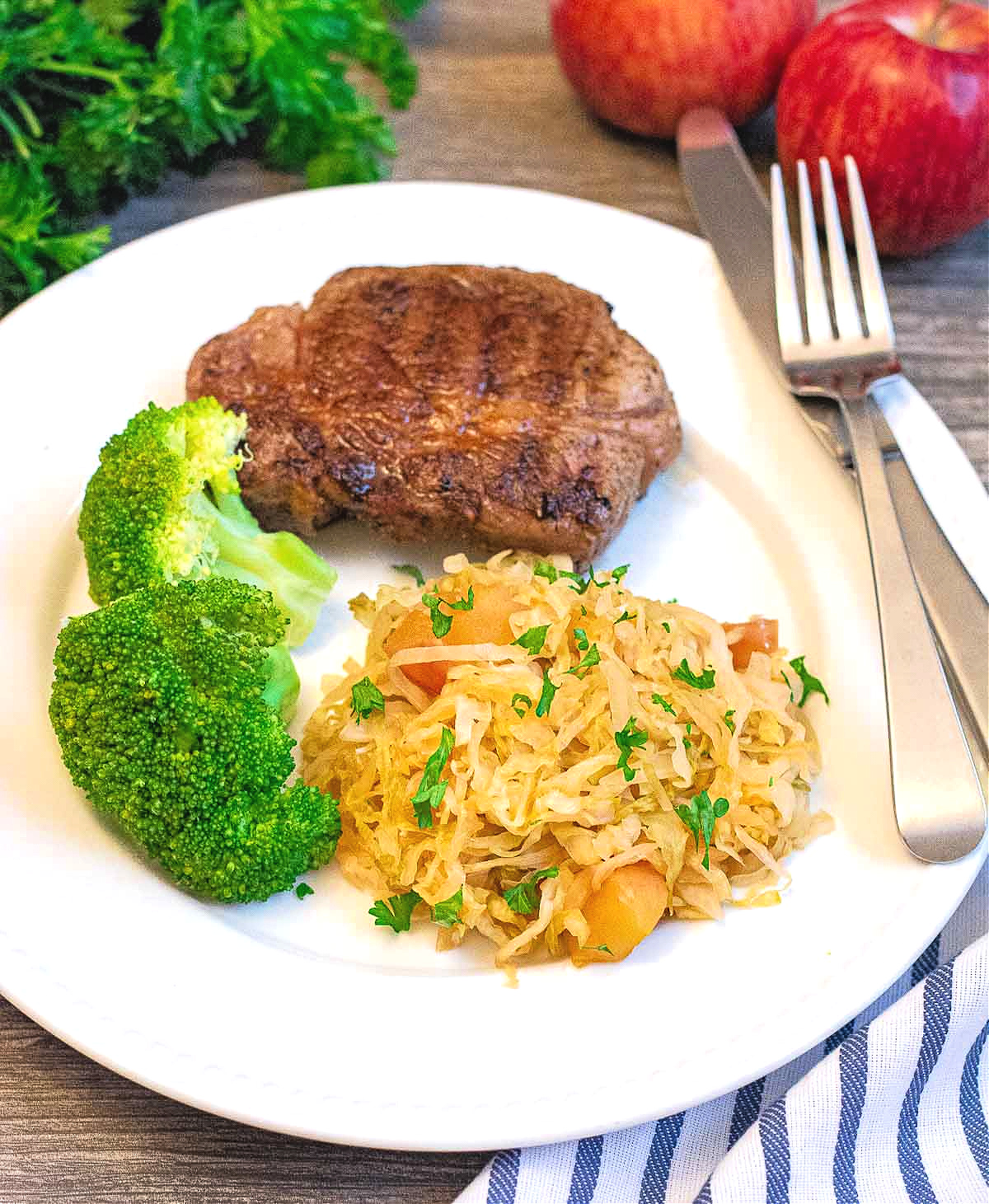 This delicious apple and cabbage recipe is “What’s For Dinner?! And you’re going to love it!

Looking For More Recipes From Bunny’s Warm Oven, Try These 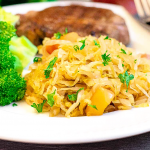 This apple and cabbage recipe looks delicious! thanks for sharing.

You’re welcome Radwa, thank you for taking the time to visit me, I appreciate it.

Really enjoyed this and I am recovering some fantastic recipes on this site.