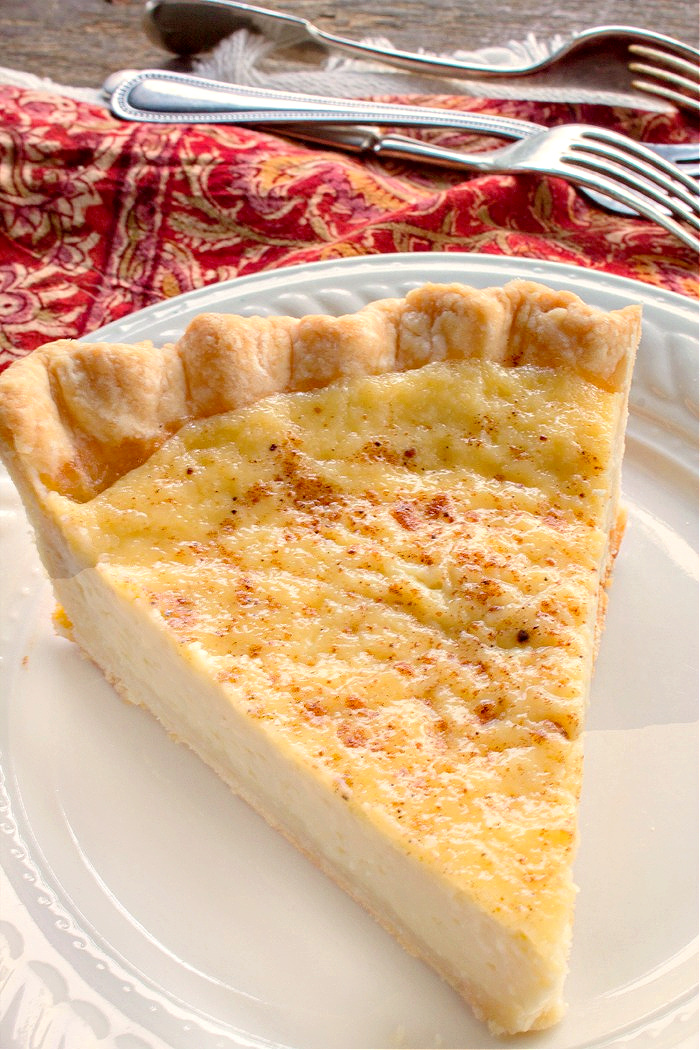 This is the first Homemade Custard Pie I’ve ever made.   It was glorious!  The custard filling was smooth, light and delicious.

I love making recipes that I’ve never made before, at the ripe old age of 63 I still love learning.  This recipe is by no means hard to make but there are a couple of things I’d like to go over with you.  First…

Whether your using a pre packaged pie crust or homemade, the pie crust needs to be par baked for about 20 – 25 minutes before filling it with the custard. I used an all butter homemade pie crust for the pie, you can find the recipe I used in the recipe card  for Dutch Apple Pie.

Scalding milk is just bringing milk up to very warm without boiling it.  It only takes minutes to do this. Use a sauce pan with a heavy metal bottom so as not to scorch the milk.  Heat the milk over medium heat until you see little bubbles on the sides of the saucepan and you see steam coming from the milk.  Stirring while the milk cooks prevents a film from forming on top of the milk while it’s being heated.

The egg/sugar mixture can’t be added to the scalded milk without tempering.  Without tempering, you’d have cooked eggs in your custard.  Tempering for this recipe is slowly whisking the egg/sugar mixture to the scalded milk by half cupfuls at a time. While whisking the egg mixture into the cream, whisk slowly.  You don’t want to incorporate air bubbles into the custard, which will cause air bubbles in your baked custard filling.

I absolutely love recipes that I can make with what I already have in my kitchen that yield fantastic results.  Homemade Custard Pie is keeper, Enjoy! 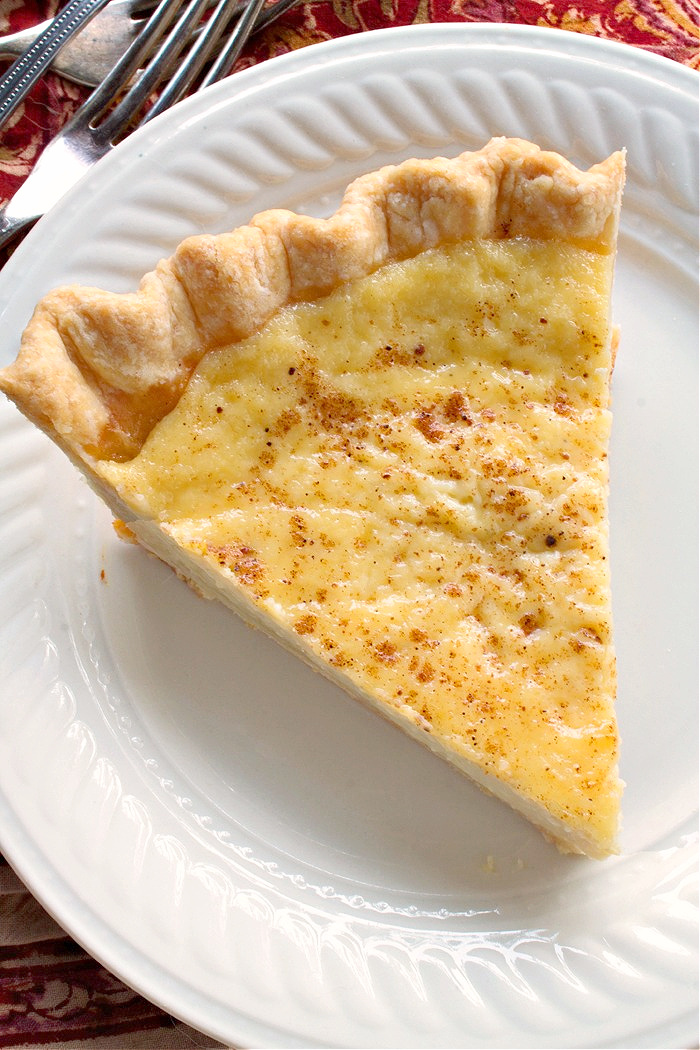 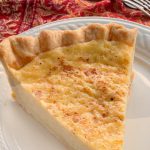 THANK YOU THANK YOU THANK YOU for bringing back wonderful memories of my mom making pies of all kinds!! The old fashioned custard pie reminded me of her mom who made a similar pie when I was very young.They’ve both been gone a long time but a simple recipe brought them back for just a while so again, thank you!! ~Judy

Oh Judy you have no clue how much I love comments like this, it’s why I love to bring you recipes. You just made me one happy woman, thank you for taking the time to come back and tell me, your comment is priceless to me!

This looks delicious. My mother made an egg custard that sounds like this one. She made them for he restaurants. Along with many other flavors of pies.